At just 20 years of age Aileesha Detmers is already following in the finest traditions of a group of renowned 19th century French painters and sculptors.

Known as animaliers they specialised in reproducing realistic figures of animals, either in paintings, drawings or in bronze. Detmers’ practice, like those of her predecessors, focuses primarily on the relationships and communication that exists between humans and animals. “Over recent times I have explored the use of various techniques with print making and drawing,” says Detmers, who will this year complete a Bachelor of Creative Arts – Visual Arts degree at University of Southern Queensland. “Through this I am able to bring together a unique balance that is able to form a connection with a viewer, the way humans form connections with animals.”

Her delicate work — in ball point pen on fine art paper — has quickly led to Detmers gaining recognition around Australia and being inundated with commissions after advertising herself as a Contemporary Animalier Artist. She has won numerous awards, including the Santos Young Artist Bursary and has featured in several group exhibitions as well as having a solo exhibition at the Red Door Project Gallery at USQ last year.

The first inklings of Detmers’ artistic talent came as a youngster when she began drawing on the family farm at Dirranbandi. “We were always surrounded by a large array of animals, whether it be our own pets or natural wildlife. We didn’t ever have a boundary between humans and animals; they were our family, and that’s where the inspiration for my work has come from.”

During those years, Detmers went further and further into the study of animals. “I soon realised that each animal has its own physical form and its own attributes. They are all categorised, within which breed they are, but they have their own personalities. “I also became intrigued by the relationship, the non-verbal communication that we have with animals, yet there is a multitude of understanding between people and an animal. I have found that very interesting because there is then the deeper level of how we think and how we think the animal thinks or feels, without our really knowing.”

As her skills developed during her years in high school, Aileesha began entering art shows. In 2014, she won the Most Outstanding Student Exhibit Award at the Dirranbandi Show. “I decided to put in some of the works I had created at school for assessment into the show and to see how they went.” The following year, which was her last as a boarder at Roma State College, Detmers’ art teacher recommended she apply for the Santos Bursary. “I ended up with the bursary, which was really lovely. It helped throughout my first year at university in 2016.”

Detmers, who moved to Toowoomba after enrolling at USQ, is planning to expand her studies by next year undertaking a degree in Equine Science at The University of Queensland’s Gatton campus. “I will also be continuing with my animal portraiture, because that’s where my passion is.”

Readers also enjoyed this story about this sunflower farm. 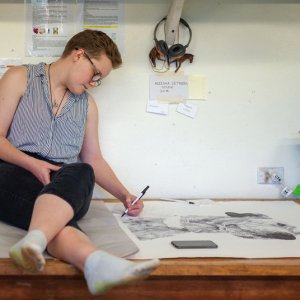 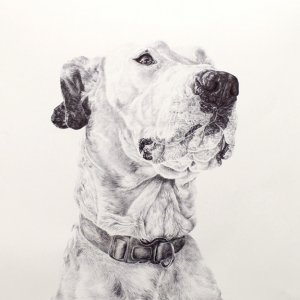 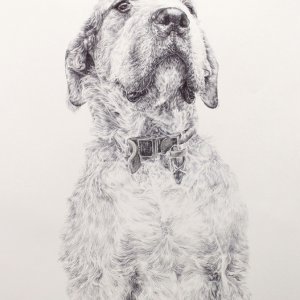 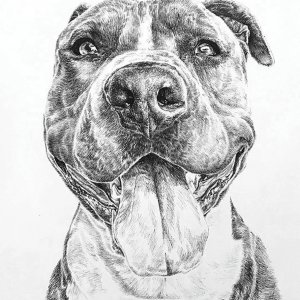 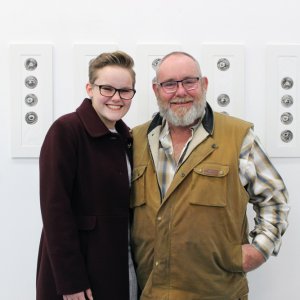 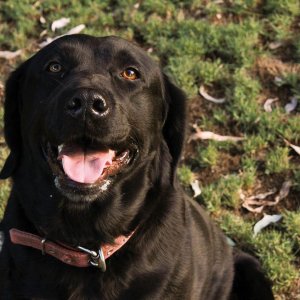 ← The Florence
Bay of Fires →