Each year, the Southern Downs Regional Council’s Australia Day Awards recognise the achievements of residents for their service and contribution to the community, presenting the awards at the Australia Day ceremony at the Glengallan Homestead.

Affectionately known as the Warwick Rubbish Rambler by local residents, Mr Monaghan is renowned for pushing his modified trolley around Warwick, rain, hail or shine, often as far as the Eight Mile or Leslie Dam.

Mr Monaghan’s efforts have had a significant, positive environmental impact on Warwick and its surrounds, having collected more than 45 tonnes of rubbish since he began in 2008.

Despite suffering ill health Mr Monaghan works tirelessly, giving six days a week of his time to ensure the cleanliness and beautification of Warwick for locals, tourists and visitors.

He regularly posts on his Facebook account, Warwick Rubbish Rambler, sharing his often humorous musings and photos of the staggering amounts of rubbish he collects in a day.

The recipient of the Southern Downs Citizen of the Year Award will be announced at Australia Day celebrations on Friday 26 January. 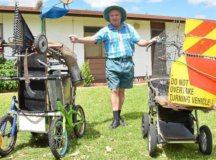 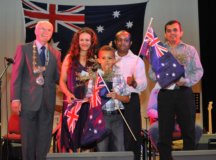 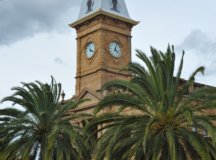