Tara East, a local Toowoomba author, is on her way to launching her first self-published speculative fiction novel, Every Time He Dies.

East’s love for storytelling began as a child, cherishing moments with her mother, when they would read stories together when she had to stay home from school. East transitioned into different artforms in her teens, catering to her overall love of storytelling, and turned to writing and journalism after rejecting a scholarship to study pharmacy. From then she went on to have work published by the Huffington Post, Artifice, Cusp, WQ magazine, Queensland Writers Centre, Writing from Below, TEXT Journal and October Hill Magazine.

An accomplished scholar, East is currently completing her Doctorate degree at the University of Southern Queensland. She has already received a Bachelor of Journalism from James Cook University, a Master of Professional Practice Creative Writing from the University of the Sunshine Coast and a Bachelor of Creative and Critical Writing, with Honours, and a Graduate Certificate in Editing and Publishing from USQ. In order to support other writers and join a larger community of writers, East has created a space online to share experiences and techniques. She does so by maintaining a writing advice blog on her website www.taraeast.com and by posting weekly videos on her YouTube channel, Tara East. After a transformative experience, that emphasised the mortality of life for her, East decided to travel for five months and stop putting off her larger fiction writing goals.

This time became the beginning stages of what would become Every Time He Dies. East was inspired to explore grief, memory, identity and time with the novel. Over the course of five years, the completion of her Masters degree and many cups of coffee, the novel was written. During this time, East interviewed several retired detectives, active police officers, embalmers and funeral directors as part of her research. Every Time He Dies is about a woman who has an encounter with a ghost who has amnesia who haunts a watch that has the same design as her deceased boyfriend’s. While trying to uncover the ghost’s identity, she becomes involved in her estranged father’s homicide investigation. The novel features scenes set within the region, including the Sunshine Coast, Gold Coast, Brisbane and the Toowoomba Book Festival.

The novel was released on November 5 with a celebratory launch planned at Avid Reader in Brisbane’s West End on December 7. In the near future, East plans to invest her energy in the launch and promotion of her new novel. Over the longer term, she hopes to continue writing both fiction and non-fiction work, as well as continuing to help teach other people who do not have access to tertiary education about writing. The best advice she would like to give to writers working on their first novel is to always remember the reason you started writing the novel and why you love writing in general. 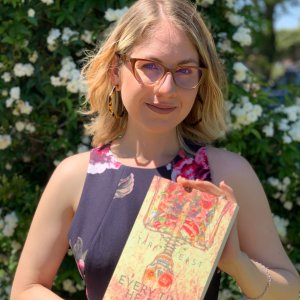 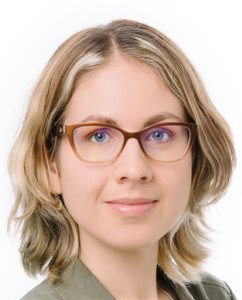 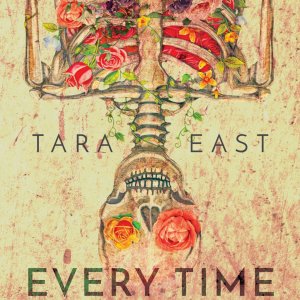