Published on September 3, 2018 | in Community/Events

Bianca and Ben’s chemistry was palpable from the moment they met at work in a Toowoomba pharmacy in 2012.

The chain reaction was set in play when pharmacy assistant Bianca Bauer caught the eye of pharmacist Ben Burton more than six years ago. Ben not-so-quietly whispered to a co-worker about his attraction to Bianca. Flattered, she called on him a few weeks later when her friend, who was studying nursing, needed help with a pharmacy subject — hitting it off from that moment, the pair started dating soon after.

It turns out subtlety is not a word in Ben’s vocabulary. Six months into dating, Bianca purchased a house, and on moving day, Ben appeared with a car full of his possessions — the pair have lived together ever since. Again, not one to do things by halves, Ben proposed at the helm of India’s Taj Mahal in February 2016 with Bianca’s late mother’s engagement ring, even organising a photographer to capture the moment. Upon returning home, Ben surprised Bianca with an engagement present — a bundle of joy, Molly the Staffordshire terrier, was wrapped in a bright pink bow on her doorstep.

Bianca with the assistance of friend Mel spent the next 18 months wedding planning. “Without her taking me to expos and sending me hundreds of venues, I would not have started the planning process, and we would more than likely still be engaged today!” On 3 March 2018, Ben and Bianca wed in the presence of 80 guests at The Woods Ravensbourne. “I really wanted to have the reception on the grass and under stars. It was also very important to have Molly, our fur baby, as a flower girl. The Woods were more than happy to have Molly participate in the ceremony.” The garden themed wedding was simple, complemented by the venue’s picturesque surrounds, decorated with rows of fairy lights, clusters of candles and swarms of baby’s breath. Katie Rose Floral Design took the brief “plucked from the garden” to create a blooming oasis of colour and greenery. Bianca wore an Allure lace slip gown in ivory, complete with scalloped lace décolletage detail and a long, elegant train. Ben and his groomsmen wore custom made suits made to measure in Vietnam, while the bridesmaids wore navy lace Review dresses.

The day “was perfect” according to the couple. The celebration of love continued with friends after Ben and Bianca formally tied the knot the week before the wedding ceremony on what would have been Bianca’s parents’ 30th wedding anniversary. The deed made for a poignant interpretation of “something old”, bringing the immediate family and bridal party together at a “rehearsal dinner” to be officially married in their presence.

While the wedding was the bride’s domain, Ben planned the honeymoon. Bianca said, “I had no idea where we were going until we landed in Malaysia. It was incredible to board a plane with no idea where we were headed.” A tale laced with bold gestures, Bianca and Ben’s love story is sure to grow into a masterpiece as great and vast as the Taj Mahal. 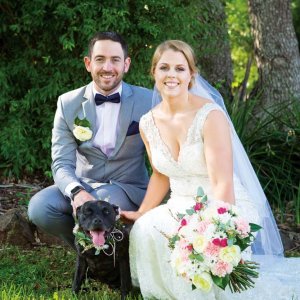 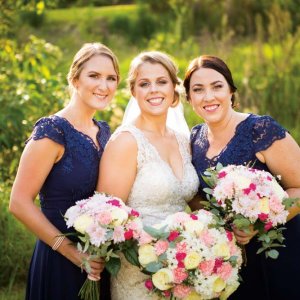 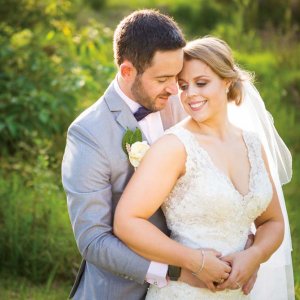 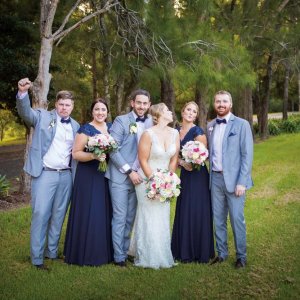 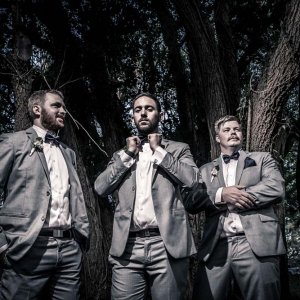 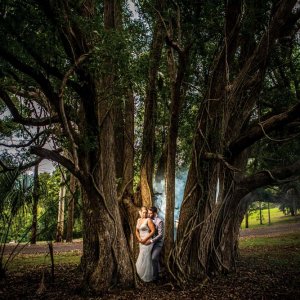 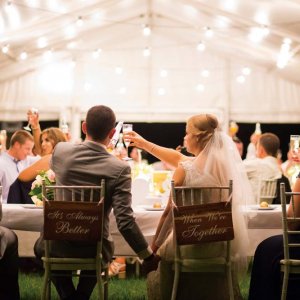 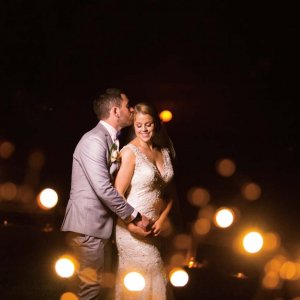 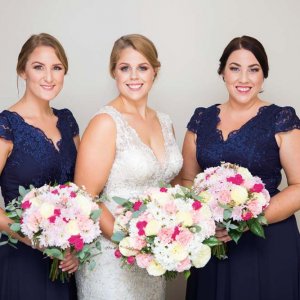 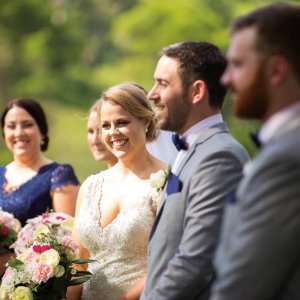 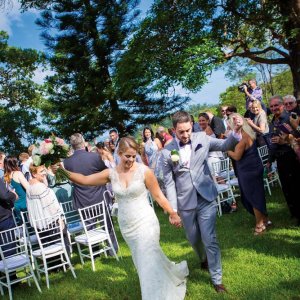 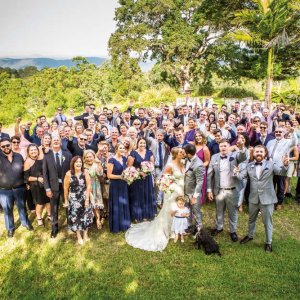