I first met Cheryl Moggs at the Celebration of the Bigambul Native Tiltle Consent Determination in December 2016.  At the time Moggs said, “Now the dance starts once again on country to celebrate, as we take our place, shed a tear, heal and once again walk together. The rest of my life will be contributed to supporting the cultural transmission and reconnection for my people. It will complete me culturally.”

Among other things, Moggs contributed to the Determination through her continuous connection to country. Moggs, seventh of nine children, grew up on the Toobeah Reserve with other Aboriginal families on the banks of the Weir River about 40 kilometres west of Goondiwindi. She lived a traditional Aboriginal lifestyle with her Bigambul mother and Irish father until she was nine. From an early age her Nanny (Mum’s mother, Mrs Turnbull), Mum, Uncle Ed and her older brothers and sisters taught her how to collect and cook bush tucker. She recalled, “I remember my Nanny well. She was a strong woman, strict. Nanny would play the accordion. She taught herself.”

From her brothers Mogg learnt to make fish and animal traps and track to catch food. She said, “The spiritual connection is still alive and the hunting and gathering continues. Camp sites are still there in spirit and some evidence. This is the place where we did ceremony, celebrations, returned our people’s spirit back to the Dreamtime.” Moggs has recently helped plant bush tucker and medicine plants at the Community Garden in her traditional country in Goondiwindi, and from time to time conducts bush tucker walks.

When she was nine, the Toobeah School closed and her father took the family to work on various stations, mostly on Bigambul country. Despite this early interruption to her schooling, after having four children, Moggs went to university and became an early childhood teacher. She also did a Master of Special Education at the University of Southern Queensland. For nearly 20 years she worked in the VET sector teaching in the Indigenous Visual Arts, Natural Resource Management and Culture disciplines. Currently she works at Care Goondiwindi and is the Community Justice Coordinator. She is also the owner and director of Cre8ive Mix, producing amazing Aboriginal artworks.

As I write this during NAIDOC Week 2019, I remember how last year Moggs won the prize for the best art poster for NAIDOC Week, tarmunggie – woman, fittingly because the theme was Because of Her we Can. This meant visits to Sydney and Canberra to receive the prize in a gala ceremony. Moggs said the painting represents the “courage and resilience of Aboriginal and Torres Strait Islander women, across the ripples of fresh and salt water, the travel pathways and songlines of traditional lands and skies to take up the fight for equality, justice, civil rights and social change”. A fitting reminder of this strong, proud Bigambul Elder and Aboriginal women everywhere. 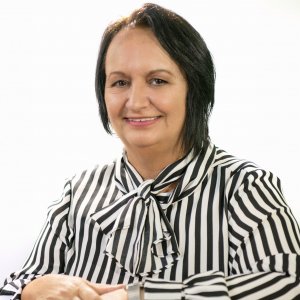 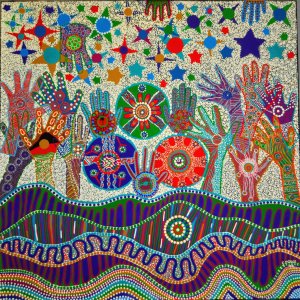 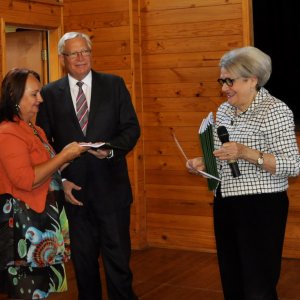 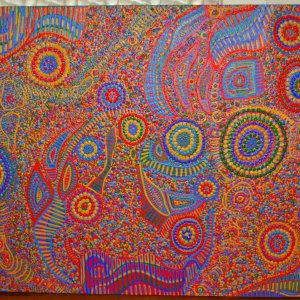 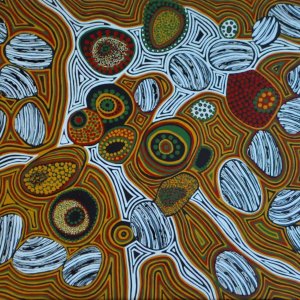 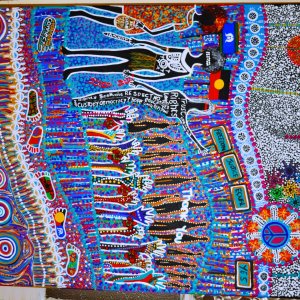 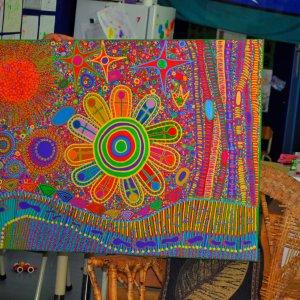 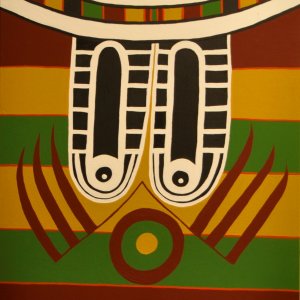 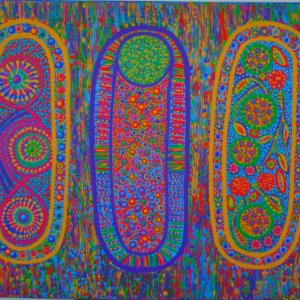