Book: Back of Beyond

Surviving fires, floods, cyclone Ted, and the 1970s beef crash, Back of Beyond is Jenny Old‘s remarkable story of love, adventure, disasters, and wonderful times in the Gulf Country.

When 22 year old Jenny Old followed her heart to the vastness of the Gulf of Carpentaria, she had no idea of the primitive conditions she would find herself in. Often her only contact with the outside world was through her two-way radio and letters to her family, which were kept by her mother and later compiled and used as the timeline for Back of Beyond. Stretched to the limits, she achieved more than she ever thought herself capable of. With every setback and in the toughest of times when the odds seemed insurmountable, she learnt to dust herself off, find a smile, and just keep going. “After falling in love with my husband, Rick, I moved to a property called McAllister in the remote Gulf Country of far north Queensland, where I found myself living in a shed with a 44 gallon drum for my stove and a shower hose and a bucket in a tree for a bathroom,” Jenny said.

Like many bush families before and after them, Jenny and Rick battled through many trials and tribulations throughout their eighteen years at McAllister. Yet their world was as big as the landscape in which they lived, filled as it was with generosity, wonderful characters, and the joy of life. At McAllister they established an oasis for their family and friends. Jenny’s motto is “life throws many curve balls at us, but it is how we deal with them that counts”. This book is the extraordinary story of a woman of the bush and her indomitable spirit. Now living in Ashmore, Jenny has poured herself into writing and is an active member of the Gold Coast Writer’s Group and is planning a book tour across Australia to raise money for the Royal Flying Doctor Service. 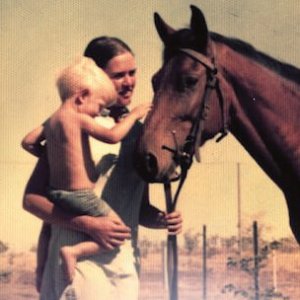 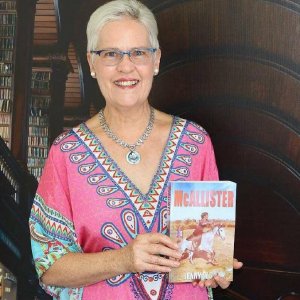 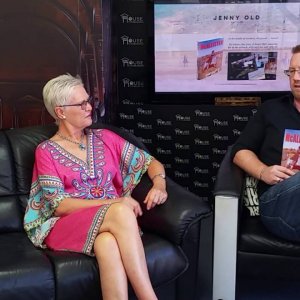