Barambah Organics has been named a champion in the 2019 Australian Grand Dairy Awards for its Light Milk variety. Barambah Organics had strong competition from Northern NSW dairy company, Norco, who had two entries in the Specialty White Dairy Drink Category.

After rigorous judging the local Light Milk variety was crowned the Champion of the competitive category. The milk contains less than 2 per cent fat but has the same taste as the full cream milk variety. Barambah Organics owner said the company was pleased with the win. “Like a lot of farmers, we’ve recently struggled with some really tough drought conditions which makes this achievement extra rewarding for us,” she said.

The Australian Grand Dairy Awards began in 1999 to recognise and award excellence and innovation in Australian dairy produce. Barambah Organics attributes this achievement to the care given to the dairy cattle on its farms near Goondiwindi. The dairy cattle are predominantly grass fed, with additional quality grain given to the cow’s diet at milking times. The certified organic grain is grown on Barambah’s Farms, which are located throughout the Goondiwindi Region. “Our cattle have given us so much and we want to make sure they are treated correctly,” Jane said.

It is not the first time Barambah Organics milk has been named a Champion at the awards. In 2012 and 2015, Barambah Organics’ Labna was crowned the Champion Flavoured Cheese of Australia. Barambah was also named Champion Milk and Natural Yoghurt of QLD in 2018, a significant achievement for a small family run business. 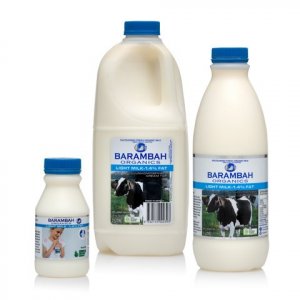 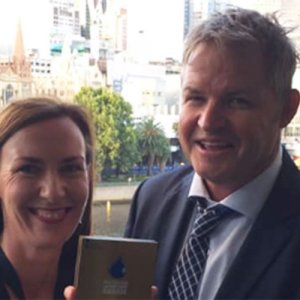