Published on February 8, 2018 | in Business/Industry
Federal MP Bob Katter has released his memoirs, Conversations with Katter.

There are many personal and political revelations in his book, allowing Katter to raise issues that he believes are important for the nation to address.

Readers are introduced to Bob Katter, the scared, skinny little kid who had to learn to stand up to bullies in the schoolyard, being toughened by rugby league and life in the bush as a miner and cattleman. He was also emotionally hardened by political life in State and Federal politics.

“You know you’ve knocked them off their game when they have to resort to ridicule, they do that to me when I expose those painful truths that the major parties won’t face up to…and, you know what? I couldn’t care less what they say about me,” said Katter.

But, this same man, who has an almost fearsome reputation in parliamentary debate, found it too difficult to talk about his mother during Conversations with Katter. It was too overwhelming to relate the vital role she played in the Katter family.

“Even though it is over nearly 50 years since she died, I am still unable to talk of my mother even to my children. I have written about her, but when I did this piece, I locked myself in a room because I didn’t want anyone else to see the emotions that were running there.”

Read Conversations with Katter to get a better understanding of why this man, who so strongly identifies with conservative values, is also happy to be “in bed” with one of the most powerful and militant left-wing trade unions in the country, the CFMEU.

Readers also enjoyed this story about Turnbull in Toowoomba. 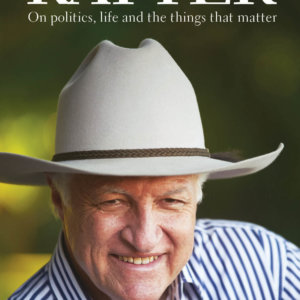 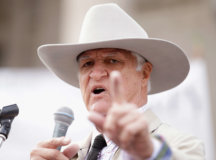 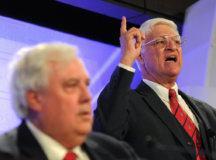