The Cookbook has been compiled from recipes contributed by some of Toowoomba’s most popular cafes and restaurants. The contents begin with Cocktails and Canapes, then progresses through soups, salads and starts to meat and fish dishes. Thoughtfully there are vegetarian and vegan dishes. These are followed by desserts and baking recipes and the often important “For the morning after” suggestions. This section consists of Magic Mushrooms, from Bon Amici, breaky stack, from Abbey’s Cottage Café, and pink smoothie bowl from Mingle Café.

The Cookbook, which had achieved impressive sales numbers leading up to the launch, comes from an inspirational idea of Toowoomba’s Largest Girls’ Night In committee. The group – TLGNI for short – has been fundraising for the Girls Night In campaign on behalf of Cancer Council Queensland since 2016. “Girls Night In raises awareness and funds for women’s cancer, bringing support and practical services to the 20,000 ladies diagnosed in south-west Queensland each year,” said committee member Marianne Harth.

As Marianne acknowledged Kat Lynn, of Sonny and Kat Photography, “came on board to capture the superb dishes prepared by our contributors”. The end result is a first class production. 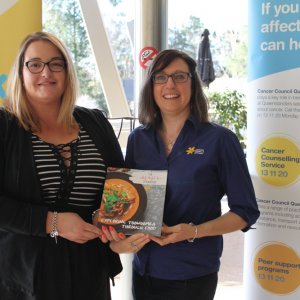 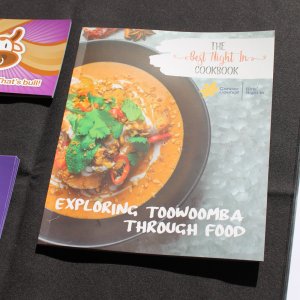 The Best Night In Cookbook 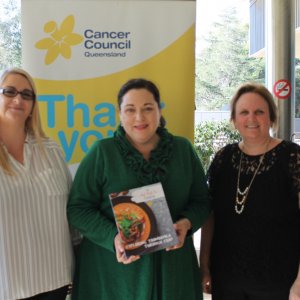