Published on September 3, 2018 | in History/Heritage, Students/Education

It was during the Great Depression when the Missionaries of the Sacred Heart founded Downlands College as a boys boarding school.

The solemn blessing and opening of the Sacred Heart College by the Right Reverend James Byrne DD, Bishop of Toowoomba, took place on 1 March 1931. Late in October of 1929, the crash of New York’s Wall Street stock exchange had precipitated the beginning of the Great Depression. The Depression spread rapidly around the world and Australia suffered badly. Unemployment rose to a record 30 per cent, incomes plummeted, company profits were low, poverty was widespread and opportunities for economic growth and personal advancement were lost.

Yet the school managed to grow, and thrive, through the devastation and turmoil taking place. The MSC had been fortunate in securing Tyson Manor, which has a history dating back to 1880, as the College foundation building. A chapel, a boarding school including kitchen, dining room and laundry were built by the time the original 68 boarders took their places.
As student numbers gradually increased there was another disruption to its progress, when in 1942 and 1943, Downlands grounds were occupied by the military as a hospital for convalescing soldiers. This forced the transfer of the boarding school to Dalby but on returning to Toowoomba, building plans were resumed with a new wing, Ashley Hall, being opened by Bishop Roper in 1947.

In the late 50s and 60s, 25 acres were allocated to enable the introduction of an agricultural program. A set of new science classrooms, Clark Hall, was opened in 1963 and towards the end of that year a new chapel renowned for its elegant features became operative. Another notable milestone in the history of Downlands came in 1971 when the college began catering for Years 11 and 12 for girls from St Ursula’s College. In 1982, a rural centre, featuring a prize winning Poll Hereford Stud, was founded on pasture on the eastern side of the College property and in 1992 Downlands became entirely co-educational.

A further development of College facilities came in August 2009 when a state of the art sports science complex, the Sacre Coeur Centre, was opened. Since Stephen McIilhatton became principal in 2011, Years 5 and 6 have been introduced at the College, of which he is proud. During the tenure of Mr McIllhatton, who will retire at the end of the year, new educational programs have been instituted, capital works undertaken and the number of student enrolments has risen. Renowned as one the nation’s finest private schools, Downlands currently has 800 students, of whom more than 200 are boarders. Nestled on 38 hectares, the College has magnificent landscaped gardens and manicured lawns designed around historic buildings and modern facilities featuring a performing arts centre, dance, drama and film studios, an indoor sports centre, a flourishing rural area, seven ovals and a heated 50 metre pool.

“Downlands has a unique history, beautiful surroundings and unequalled character,” Mr McIllhatton says in tribute. “The College is renowned for the way in which it looks after its pupils and is characterised by its strong Catholic ethos and MSC spirit, which underpin everything we do.” 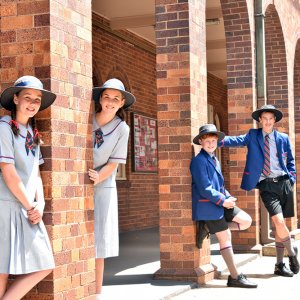 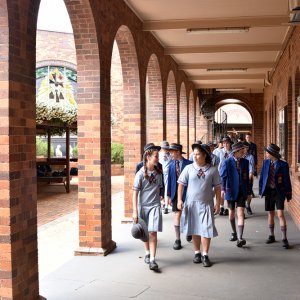 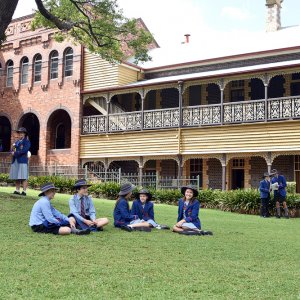 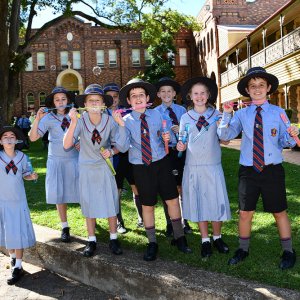 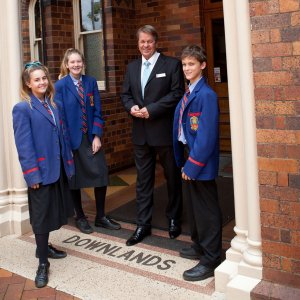 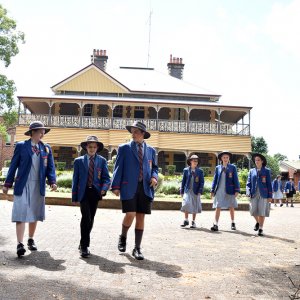