Toowoomba designer and milliner Helen Stumkat’s love affair with needle and thread began when she was a teenager working at a Brisbane floristry. Her young love matured into a fully fledged passion as Helen trained with experienced milliners in the store adjoining florist Petite Fleur. Helen was drawn to the vibrant colour, texture and intricate design of elegant headwear. It was, she said, the “foundation to my artistic flair [and] instilled in me the passion that I still carry to this day.”

Moving to Toowoomba in 1974, Helen’s experimentation with hats continued, evolving with the changing times and fashion trends. Spinning, weaving, dyeing and felting rose in prominence in the 1970s and 80s, inspiring Helen to explore different fibres. Her work with natural and man-made materials drew the attention of spinning and weaving groups from near and far. “I began experimenting with designing and creating handspun designer yarns. This led me to teach in that field and I travelled as my expertise was in demand. I also created one-off, farm-to-fashion handspun knitted or felted garments, apparel and hats.”

As Helen began utilising textiles in different ways, she discovered a niche for a retail outlet that focused on the specialised tools, equipment, fibres and books needed for her handicraft. She opened The Spinning Parlour to sell her wares, and to market the cashmere fleeces she produced with her husband Helmut.

Helen began working with cashmere in 1977 when her husband and mother-in-law started breeding cashmere goats on their 1000 acre property in Flagstone Creek. Helen says her thirst to learn everything she could about fibre technology “became an obsession with me, as I needed to class the cashmere after sheering. I became a sponge, needing to soak up any knowledge and technical and practical information.”

By 1983, the family homestead was completed, built from sandstone that was left over from the building of the original Talgai West homestead in Allora. At the same time, the family continued to build their herd of cashmere goats. “This time was all a very busy existence for the whole family, seven days a week, all pitching in to help, in all aspects of farming, animal husbandry, land clearing, management and fencing. My mother-in-law was a godsend, always [having] a hot meal on the table.”

At the age of 66, Helen finally found the time to return to her artform, attending a four-year Certificate in Millinery course in Brisbane to brush up on her skills. Following this course, Helen entered and won two categories at the 2017 Warwick Agricultural Show. She also achieved a First and a Highly Commended at the 2017 Royal Agriculture Brisbane Show with the same pieces. In 2018, Helen entered the Facets of Fairholme Exhibition, and the 2018 Downlands Art Exhibition.

Helen retains the passion for colour, texture and design she discovered as a teenager, and hopes to inspire a new generation of artisans. “I love creating individual, one-off creations that give me pride and pleasure. It brings me joy when even the younger generation appreciate and purchase my individually crafted works.” 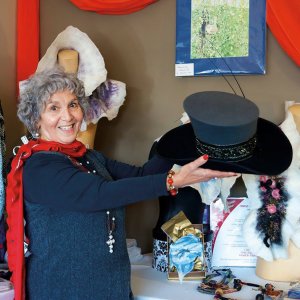 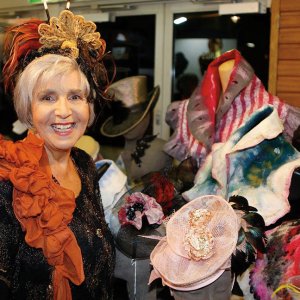 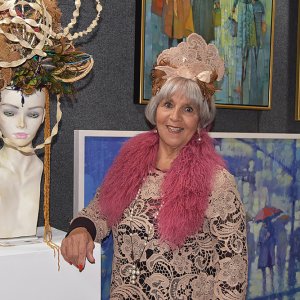 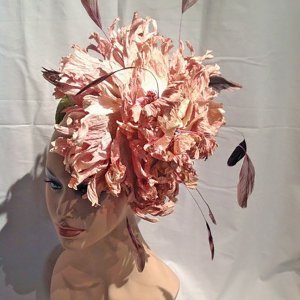 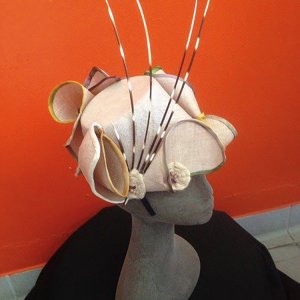 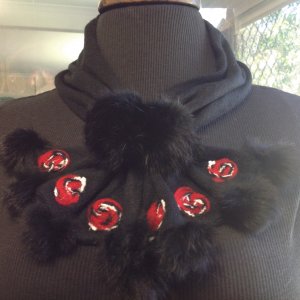 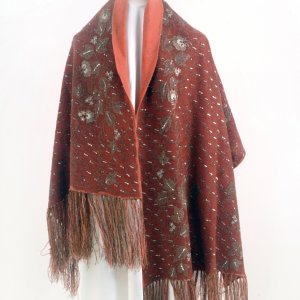 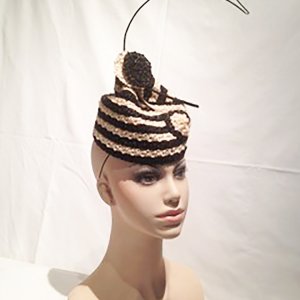 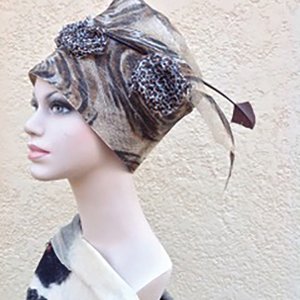 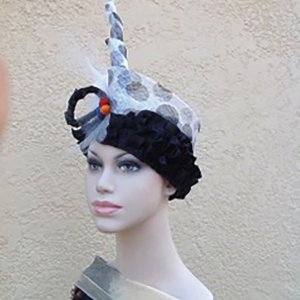 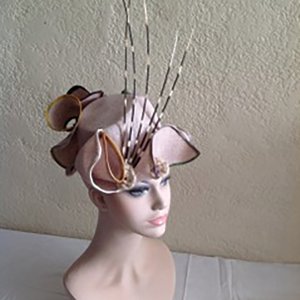 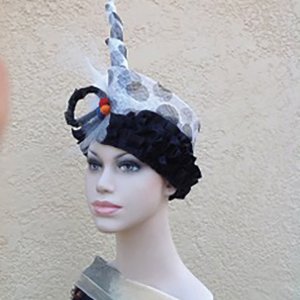