Published on September 3, 2018 | in Students/Education

SCOTS PGC College Year 10 student Pip Wolstenholme is a great all-round achiever. Pip began boarding at the College as a Year 8 student, who was keen to fulfil her equestrian pursuits. The North Coast of New South Wales is where Pip calls home, and is where she first started riding horses. Wanting to take her passion to a more competitive level, Pip and her parents decided that SCOTS PGC was the best choice for her senior schooling, where she could combine her love of equestrian with academics in a structured school environment.

Since joining the College, Pip has embraced a range of co-curricular activities and is finding success in a variety of fields. Currently, Pip represents SCOTS PGC in equestrian, touch football, cross country, swimming, basketball, debating, netball and tennis. She has also signed up to complete a Duke of Edinburgh Award and was lucky enough to meet up with Prince Edward in Brisbane this past April. While Pip has a busy schedule outside the classroom, she also enjoys the time spent in class too. Humanities and business subjects are her forte, with civics and citizenship another clear favourite. On a recent visit from local Federal member the Honourable David Littleproud, Pip enthusiastically articulated her views on equine quarantine legislation, suggesting possible bill improvements for parliamentary discussion.

Pip lives by the philosophy that “today is a practice for tomorrow”. She is always looking to improve, is well respected amongst her peers and a great role model for the younger SCOTS PGC students.

Readers also enjoyed this story about another Scots PGC student. 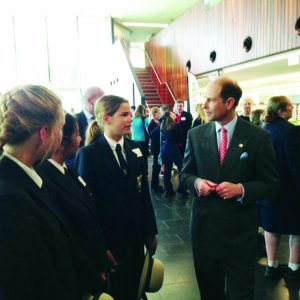 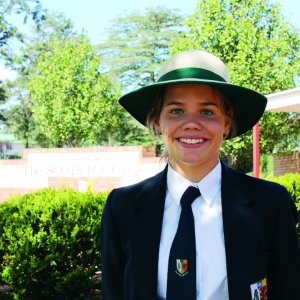 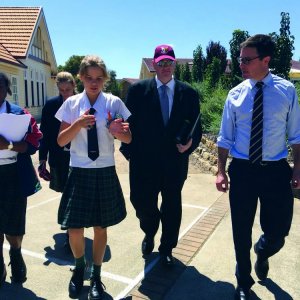