Published on December 4, 2018 | in Travel/Adventure

Half an hour north of Warialda and an hour south of Goondiwindi lies a modern moon-like dome immersed in the trees in a classic Australian wonderland. For most Australian farmers, the recent absence of rain has turned rugged lands into all shades of desperation but for Belinda and Jamie Munsie, hardship turned to opportunity with the beginning of a new adventure.

When you picture an outback retreat in rural Australia, Faraway Domes’ raw luxury is probably not what comes to mind. This is what makes the novel accommodation such a pleasant surprise. “It’s entirely off grid but the actual interior, although rustic in style, is what you would experience in a luxury five-star apartment,” said Jamie. “We wanted to create an experience for city people that haven’t had the opportunity to get out in the bush and experience rural life as it is, the nitty gritty of it all.”

Located on 9000 acres of northern New South Wales countryside, the dome allows visitors to truly be at one with nature, with raw views of rocky hills, creeks and livestock illuminated by stunning sunrises and sunsets, and incredible starry night skies. Jamie says, “Belinda’s the brains behind it,” but Belinda says it has been a team effort. “I think the highlight of the complete development is that it’s entirely a family business with all members contributing their skill sets.” Although the dome looks as though it magically emerged from the ground overnight, like a mushroom, it actually took a year to turn the vision into reality.

Partly inspired by Belinda and Jamie’s travels to Canada and Alaska, Faraway Domes has been on Belinda’s mind for a while. “We noticed that a lot of the folk had never been to the country before and when they actually saw a goat or a bird, they just went crazy with their cameras,” Belinda said. “I just thought we needed to do something on our property.” Most of the inspiration came from the Australian bush itself, including that for the dome interior. “I wanted the decor to be sort of rustic and industrial and just use the earthy toning so that it blended in with the landscape.”

Jamie has been a cattle producer for most of his life. “We’re experiencing severe conditions at the moment, so we’ve reduced our numbers hugely and we haven’t been trading in the last six months,” he said. Belinda’s solution was Faraway Domes. “I went about trying to find a structure that was different to other farm stay structures and that’s when I discovered the geodesic domes.”

The result is an energy efficient stylish dome with minimal carbon footprint and extraordinary views. By incorporating new technologies in the high-tech modular dome, the Munsie family has balanced the simplicity of isolation with a new way of existing in our environment. Faraway Domes is a novel interpretation of merging the old with the new to create a fresh way of appreciating the beauty of the land and the time we have to spend on it. 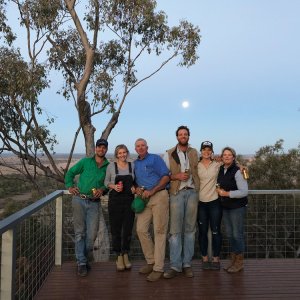 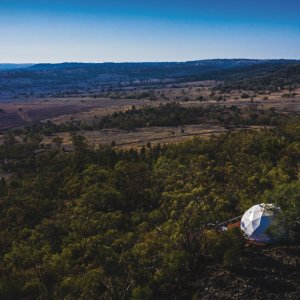 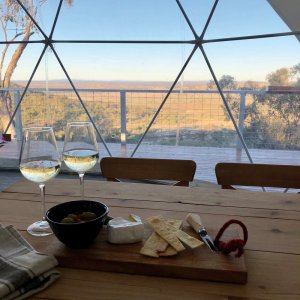 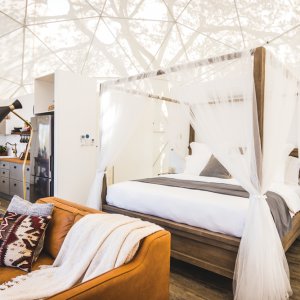 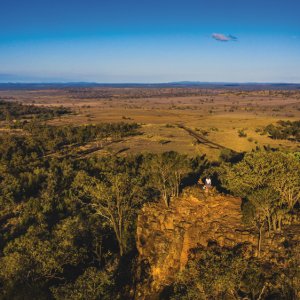 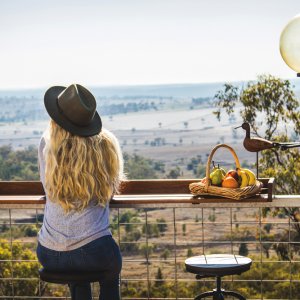 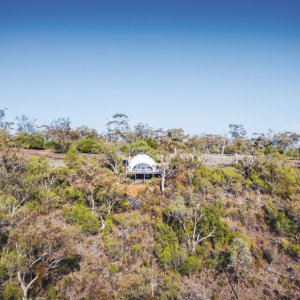 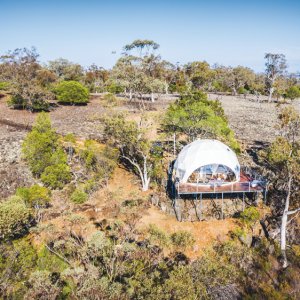 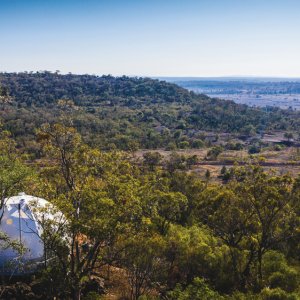 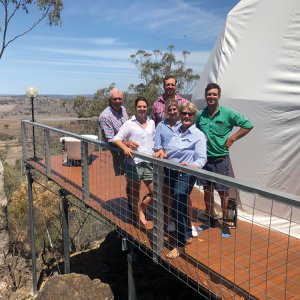 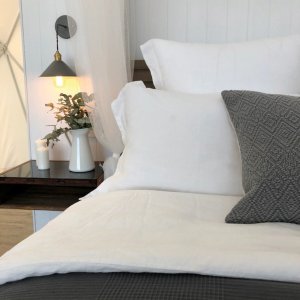 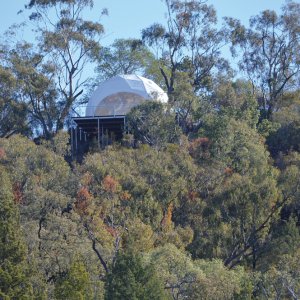 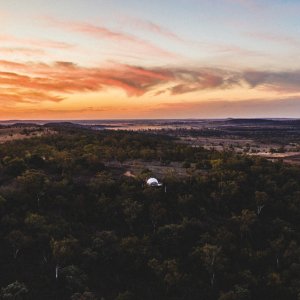 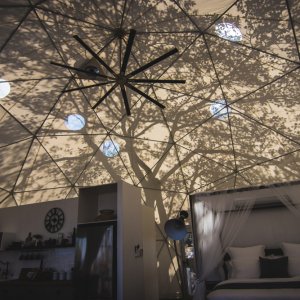 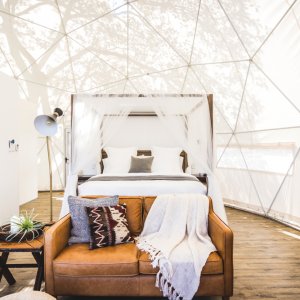 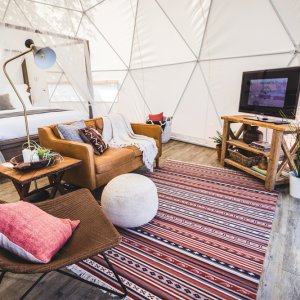 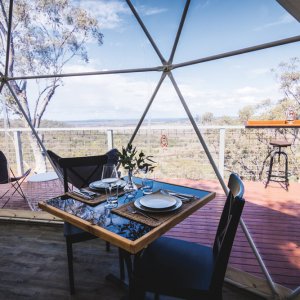 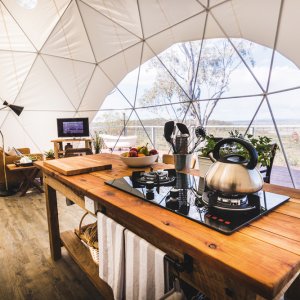 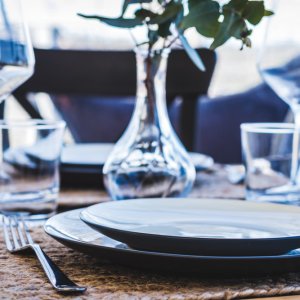 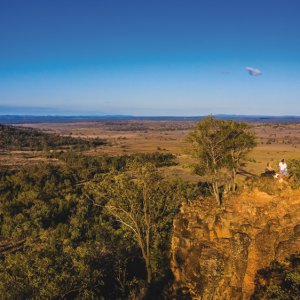 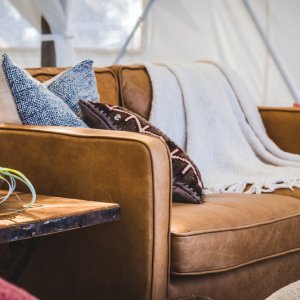