Kim O’Leary, a self-made businesswoman from Toowoomba has won a place in the 2019 Australian Financial Review’s Top 100 Women of Influence.

According to the AFR’s description, the awards are for “champions of reinvention who possess raw skillsets they can adapt to different roles in their quest to influence change in business and society”. “As the founder of She’s Empowered (rebranding to Co Gear), the world’s first high-vis maternity range and practical industrial wear for women, Kym O’Leary has found her life’s purpose in raising awareness for gender inclusion and diversity in Australia’s resources, construction, transport, trade and manufacturing industries,” says the AFR. “I’m honoured and excited to be part of it,” says Kym O’Leary. “The areas of work from all the 100 women of influence this year is extremely wide ranging.”

O’Leary founded her business to sell women’s industrial workwear in male dominated industries. “When I started the business, it was more about getting noticed. Co Gear is about collaboration, community, conversations … all the words that I wanted the brand to be about started with a CO, hence the name Co Gear,” said O’Leary. Co Gear also focuses on the deeper level of inclusion and diversity in male dominated industries by enabling women to feel confident and comfy in workwear designed and made specifically for them. “I wouldn’t consider myself as an influencer per say. I would continue what I’m doing. I don’t think anything will change because of the award. It’s more of a confirmation of keep doing what I’ve been doing,” she said. O’Leary had her initial inspiration in creating her business back in 2013, where she was working as a management accountant at Foxleigh Mines in Central Queensland. It was there that she met and worked alongside her pregnant manager, Steph, who was struggling in a half unbuttoned shirt and poorly fitting pants.

After researching solutions and coming back with disappointment, O’Leary decided to make her own business. “I think I was just in the right place, in the right time. Ever since I was young, I’ve always wanted to have a business, always have been interested in the fashion industry, but I never thought I was creative enough to cut it on the catwalk, basically,”she said. “I really enjoyed mining, having great support from managers and network around me, but there were friends of mine and people in the industry that didn’t have that support and that was a way I guess in getting a community around it.” In 2018, the launch of the maternity shirts to the public, as well as the business, She’s Empowered, coincided with the launch of a content hub called High Visibility. The site’s ethos mirrored her own. “Take the time to listen. Listen to people with experience, being there, done that. Take any opportunity to be in the door, cause once you’re in the door, you never know who you’ll meet, which will open another door.” 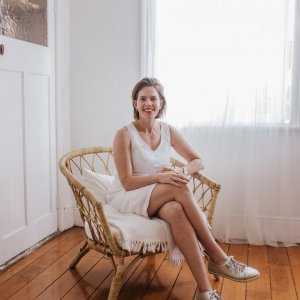 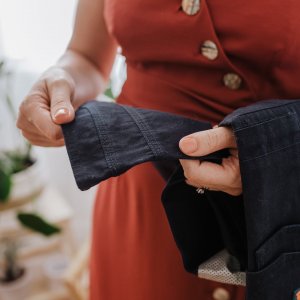 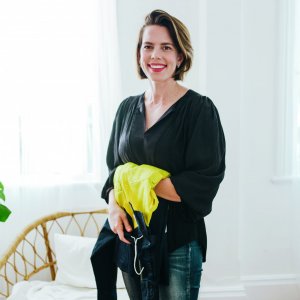