Grand Central has given a sneak peek of the float that will lead this year’s Grand Central Floral Parade as part of the 2018 Toowoomba Carnival of Flowers on Saturday 22 September.

Grand Central Marketing Manager Marieke Bridgeman said the centre was proud to once again be major partner of the Grand Central Floral Parade. “This is Grand Central’s 22nd year of sponsoring the parade. There’s nothing quite like Carnival time in Toowoomba, and I’m really looking forward to seeing all the floats in this year’s parade,” she said. “These floats are the result of thousands of hours of work by local community and business groups, and the dedication that goes in to making them is to be commended.”

Marieke said the Grand Central float was designed by Joy Heylen from Urban Visual Arts & Sculpture, who took inspiration from the whimsical story of The Secret Garden. “We’re tapping into our childhood imaginations, our own special place in the secret garden where the creatures of the garden come to life, and flowers are bursting with colour,” she said. “It’s taken Joy’s team around 250 man hours to complete this float, which features an elevated tree house in the secret garden. Hundreds of metres of foam has been used, and 800 flowers and plants will decorate the float on the day.”

Marieke said the centre also had a range of free activities planned for the weekend, and encouraged people to visit Grand Central prior to the parade to get into the Carnival spirit. “Children can have their face painted, make their very own flower crown, or grab a flower balloon to take along and wave at the parade. They can even have a ride on the carousel that featured in our 2016 float! And for the adults, make sure you pop down to Level 1 of the Retail Galleria where Priceline will have a Glitter Bar designed to snazz up your Carnival look, and blokes with a beard will be able to get something truly unique – a Tommy Gun’s flower beard!” she said. “All activities run from 10am to 2pm, so we’re hoping to see plenty of people at the centre on Saturday before they head into the CBD to line the Toowoomba streets to witness all the floats in the Grand Central Floral Parade.”

Readers also enjoyed our story on Petals and Pups. 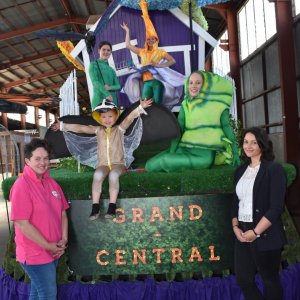 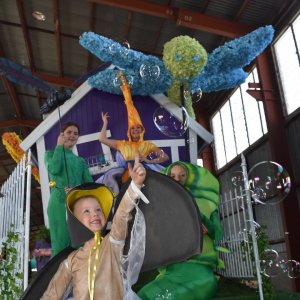 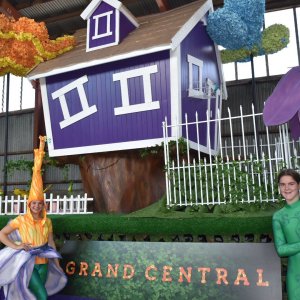 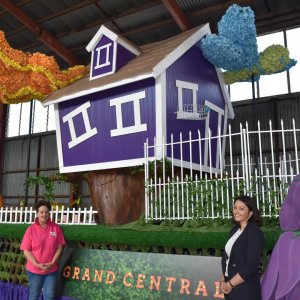 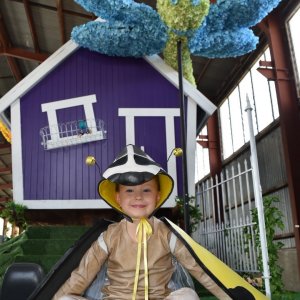 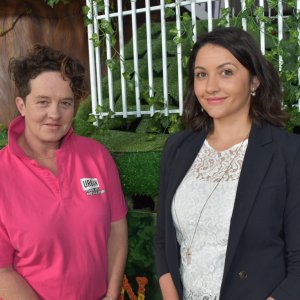