Published on September 3, 2018 | in Community/Events

‘Precision’ is the name of the game and looks can be deceiving. There is nothing in her appearance, nor in the quietly spoken manner of Julie McEwan that indicates she is a dab hand with a rifle. It was not until 2005, after her children had left home, that Julie took her first shot, which to her surprise, hit the target. She had no idea she could shoot and remembers thinking, “This is alright!”

Most Saturday afternoons, Julie and her husband Cameron would find themselves having a shot at the Dalby Tara Rifle Club at Mount Pleasant, just outside Dalby. Needing just a little encouragement, Julie began competing at prize meets and team shoots, making mistakes in the process, but her knowledge and skills quickly improved. Rifle shooting is mostly contested on a level playing field where men and women compete side by side — a rarity indeed in the sporting arena. Despite thinking she was “not good enough” Julie was encouraged to trial for the 2013 Open F-Class World Championships in Raton, New Mexico. After a rigorous selection process, both Julie and Cameron joined six other shooters in Team Australia, proving their worth by winning gold. As an aside, it is worth mentioning that Julie was the only female shooter on the team.

How difficult can it be to point a rifle and hit a target? As Julie points out, even a top ranked shooter can miss a target on any given day. Many factors are considered when this occurs — the technique, is there an issue with the rifle, or perhaps the wind has changed direction and is blowing the bullet off target. “The more you shoot the more you know when you’ve pulled a bad shot or not.” The accuracy of hitting the target largely depends on being able to read the wind — which can quickly change direction and speed. Rifles have a ‘windage’ adjustment to allow for wind direction and its intensity. A shooter might guess there is three minutes of wind, so a three-minute adjustment is made, moving the rifle fractionally to the left or right. Elevation factors must also be considered when distances are between 300 and 1000 metres from the target. One soon begins to realise this is a sport of extreme precision and complexity.

Although unlikely to compete internationally again, the recent Gold Coast Commonwealth Games saw Julie on the other side of the fence as a volunteer on the full bore range plotting the competitors shots on a miniature target for the benefit of the spectators. Julie has proven that by being willing to have a go and by having a competitive nature, you can be a world champion at any age. She continues to shoot at local and national competitions, recently representing her club at the Champion of Champions in Brisbane. “I love the sport as there’s always a challenge. One week you can win and the next you don’t. It just depends who can handle the conditions better on the day.” 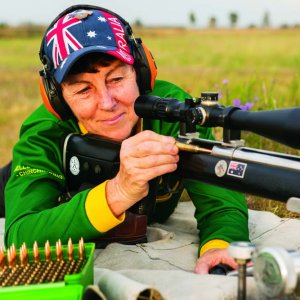 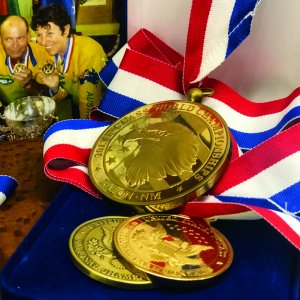 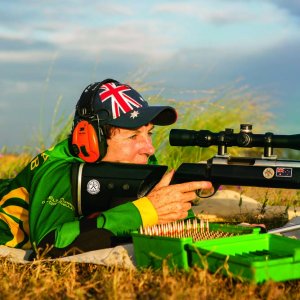 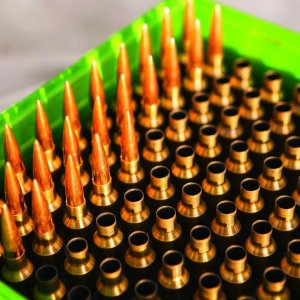 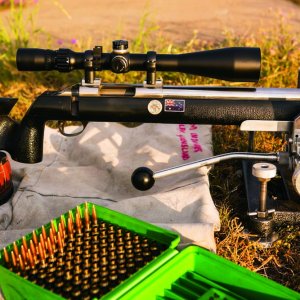 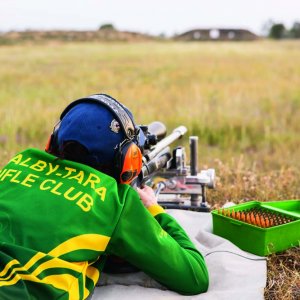