This love story began with ice skates, green eyes, love at first sight and a declaration of “this is my last first date”.

Eloise and Isaac always knew they were destined to hear wedding bells. When Isaac first met Eloise in 2015, she was a flash of long dark hair, denim jeans and green eyes. His boyish goal of skating as fast he could around the rink disappeared. Issacs’s blush did not go unnoticed. His friend Doug caught on quickly, and with a sly smile, he introduced him to the one and only Eloise.

The couple cannot remember what their first 20 second conversation may have been but Eloise was already daydreaming. “I learnt three things; he was very handsome, single and was a ‘farmer kid’ from Gatton. This appealed to me greatly, particularly because I watched every season of Farmer Wants a Wife.” Already smitten, Issac started showing up at Eloise’s church every Sunday leading to slight confusion. “I thought it was completely illogical that someone would drive so far on a Sunday night as it meant they would not be able to be home and in bed by what I consider an ideal bedtime of 8.30pm,” Eloise said. From the very beginning of their relationship, Issac loved to take Eloise on adventures. Their first date was spent high in the sky on a Mt Tamborine rope course. Before she even left her house that morning, Eloise had told her friend that it would be her last first date.

Their relationship blossomed quickly. In 2018, Eloise arranged to take a trip overseas to allow Isaac the chance to ask her dad his permission to marry her. Surely enough, on her return to Australia, Isaac suggested they hike up Mt Glorious early one morning. Choosing to wear a denim skirt and brand new sandals, Eloise had prepared to be proposed to but not to hike up a mountain. Early morning sun was beaming down on the couple as Isaac officially proposed.

The long foretold wedding took one year to plan. Gabbinar Homestead was a venue that Eloise had her heart set on for some time. Isaac was on board. “Gabbinbar are professionals at putting together these events. You are still free throughout the entire planning process to think about what actually matters — and that is how unbelievably lucky you are to have your bride and the words, promises and actions you give to her on your day, that form the foundation of your life together. She deserves all of you, not a stressed distracted version. That is priceless,” he said.

Eloise describes the wedding as laid back but elegant with the couple focusing on the joyous reason all their friends and family were coming together to celebrate. With flowers by Nadja from Le Sans Souci and the stunning, dream wedding dress from Bo & Luca, the ceremony was held under a majestic fig tree. That day officially bound together an adventurous Isaac and sensible Eloise who called their wedding the first day of the happiest year of their lives so far. 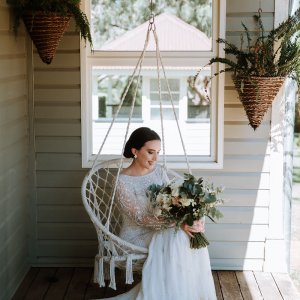 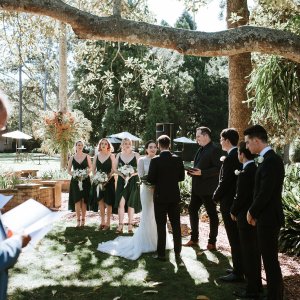 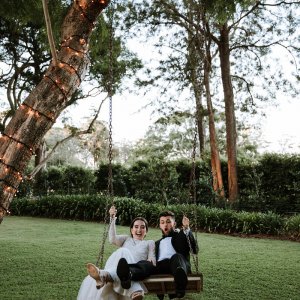 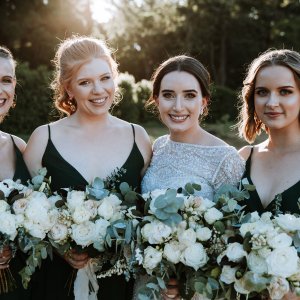 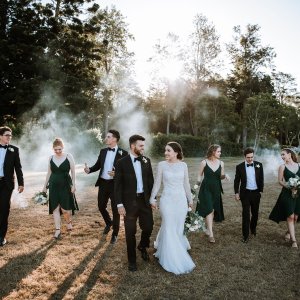 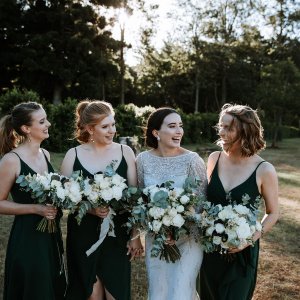 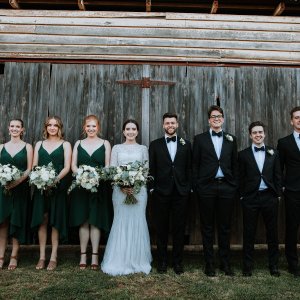 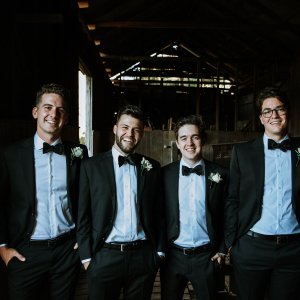 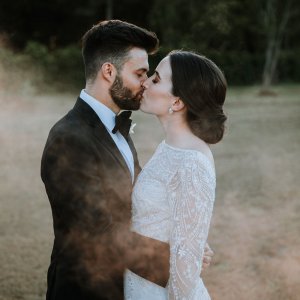 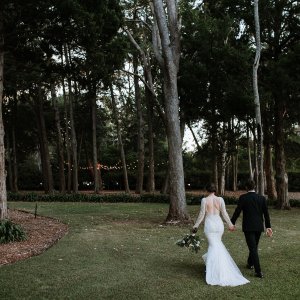 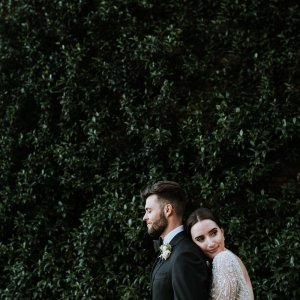 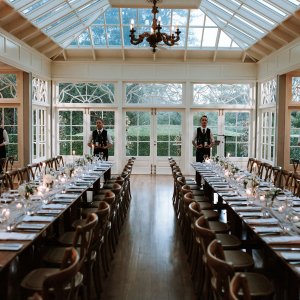