Published on February 1, 2018 | in Community/Events
The QantasLink It’s A Bloke Thing (IABT) prostate cancer luncheon, one of Australia’s biggest charity events, is travelling to the Northern Territory, hosting one of its iconic events at Darwin International Airport on Tuesday 13 February.

The founders of the charity event, the ‘boys from the bush’, have raised funds for education, care and research on prostate cancer for the past eight years, are excited to be expanding interstate.

The 2018 IABT Foundation Chairman David Russell also shares this sentiment, having confidence that with the support from the Darwin business community, the values IABT upholds will continue to spread.

“We are very proud that our Foundation, which started from very humble beginnings by a group of mates, and has raised funds for a QantasLink It’s A Bloke Thing Prostate Cancer Roadshow throughout Western Queensland,” said Mr Russell.

More than 350 Darwin business and community leaders, including a Queensland contingent, will help to raise funds for the city’s first prostate cancer specialist.

Airnorth Director and Northern Territory Tourism Chairman Michael Bridge is behind the launch of the IABT charity event in Darwin.

Last year, Mr Bridge became a guest at the IABT lunch at Toowoomba Wellcamp Airport and decided that it would be a good opportunity for Darwin to host this charity event due to his belief that it is an important cause for the community to support.

IABT Darwin Luncheon Chair and radio identity Katie Woolf, who lost her father to prostate cancer a few years ago, is also committed to fighting and raising awareness of the disease.

“It should be spoken about in the same open way we speak about breast cancer,” said Ms Woolf.

In this upcoming event, prostate cancer survivor and Qantas Group CEO Alan Joyce, will take part as a guest speaker.

They also show their appreciation for the Department of Home Affairs, who is assisting them in creating the space for the event. 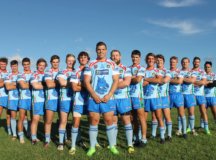 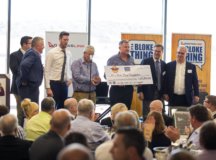 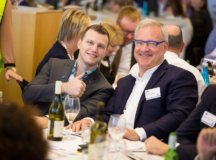