Published on December 3, 2019 | in Community/Events

When James and Brooke first met at Muller Bros in Toowoomba, they instantly knew a great friendship was brewing.

After searching through the sea of regulars, they found each other in the upstairs bar. While the first date went well, Brooke thought that James spoke a little too much. Of course, she did not know him well enough at the time to see he felt truly nervous — a rare feeling for James. The couple had three dates on a weekend shortly after, which confirmed that they were a great fit for each other. Brooke’s laid back nature complements James’s need for organisation perfectly. It was on one of these dates that James says he knew Brooke was hooked after he cooked dinner for her. Brooke was not the only person James had to charm, however.

Brooke’s two children, Wilson and Stella, remember first meeting James for breakfast. “He was nice. He talked a lot. I was comfortable and [excited],” recalled Wilson. In September 2018, the couple were in New York for Brooke’s 40th birthday. James had organised the perfect day; a breathtaking room service breakfast, a bike ride through Central Park, helicopter ride over the city and lastly, a Michelin Star dinner in Brooklyn. As they walked over the Brooklyn Bridge at the end of their evening, James asked Brooke if she would “take one more step with him”. Brooke’s engagement ring was fittingly purchased during their time in New York.

The whirlwind of wedding planning spanned seven short months. The wedding was planned for 7 April 2019. The venue fit perfectly with the couple’s love of the outdoors. Gabbinbar worked tirelessly to ensure the day ran smoothly in the rugged setting and collaborated with Moonlight Glamping & Events to achieve Brooke and James’s dream. “[Gabbinbar] didn’t give up and came up with the most breathtaking magical place,” said the couple. Brooke wore a White Lily Couture gown. James suited in a navy blue MJ Bale tuxedo for the ceremony and changed to a cream linen jacket for the reception. Stella, who was the flower girl for the ceremony, wore a custom dress made by Brooke’s mother, Kaye Sleaford. Poppies for Willow worked their magic with the ceremony flowers and the Floral Designer from Moonlight Glamping & Events created a stunning reception with floral arrangements consistent with a native yet traditional theme for the table runners and cake.

The day ran beautifully due to the easygoing nature of the bride and groom coupled with Gabbinbar’s experienced team. “From the absolutely beautiful family brunch we had on the verandah to the outdoor reception under the tree on Dan’s Lawn, we couldn’t have imagined anything quite so memorable!” Andrew Michaels was the celebrant and MC. During the speeches, Michaels revealed that the previous day he had asked Wilson and Stella questions on what they thought about James. The answers were both heart warming and funny as only children’s candour can be. Brooke and James loved spending their honeymoon relaxing in Fiji and Noosa. 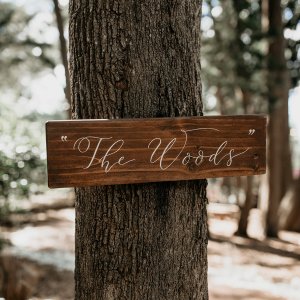 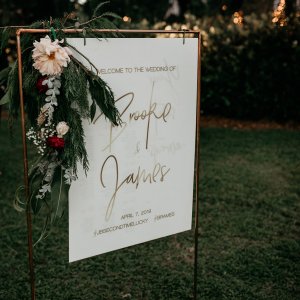 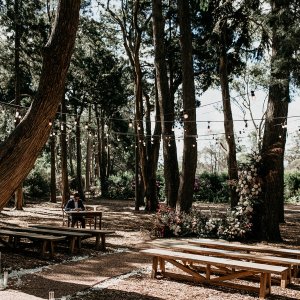 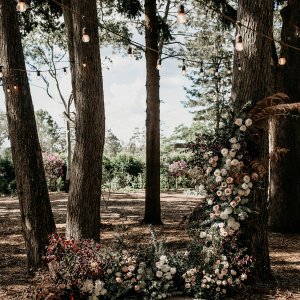 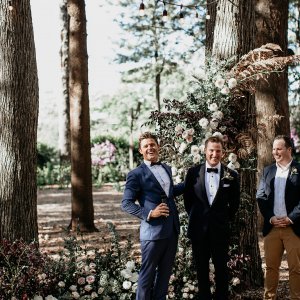 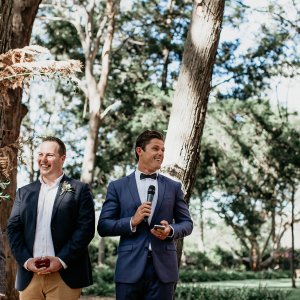 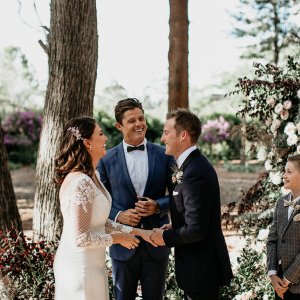 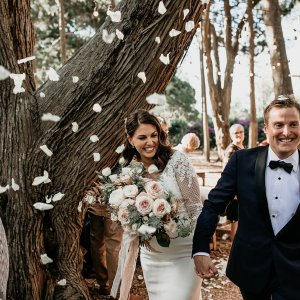 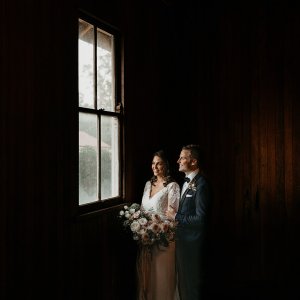 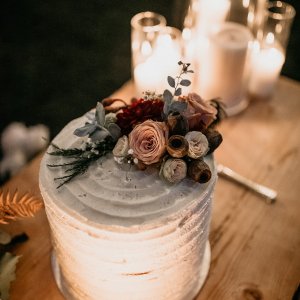 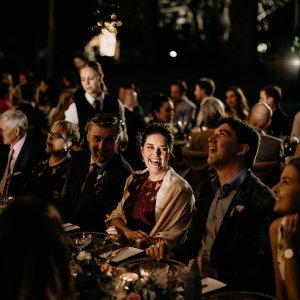 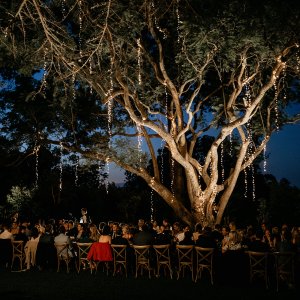