People say the sky is the limit, but not for Jonah. He has to go through the sky and into deep space. These are the words of Barry Scott, father to Jonah Scott, a quietly spoken 21-year old diesel mechanic who is in the final stages of completing his self-designed, self-built observatory with a “super shiny” dome.

This home schooled, highly innovative and intelligent young man was introduced to the night sky as a 14-year old when gifted a small blue telescope. He was astounded by what he could see; one evening discovering a star very different to others. Detecting two rings, Jonah soon realised it was Saturn, which “blew his mind”. He wanted to see more; he was hooked. Jonah dismantled the small telescope and designed and built his first prototype, refining and improving each model until he was building telescopes to a professional standard, capable of taking quality astro-photographs.

Jonah is currently building his 10th telescope, with a massive 400mm lens. With every rebuild, each component has been carefully thought out, perfectly machined or lathed. Like a dog with a bone, Jonah has been intent on building the perfect telescope. Keeping in mind his young age, it was not simply a matter of purchasing the necessary materials. He has recycled items such as PVC piping, old curtain rod, a bike seat clamp and exercise dumb bells. Intricate gears were machined from the base of a discarded wok. A crashed ultra-light, found on a hike up Tabletop Mountain, provided sought after aluminium plates which were later machined into a focus frame. Old VCRs offered up a veritable gold mine of parts with fly wheels, bearings and shafts all contributing to the inventory required to build telescopes capable of astro-photography.

Jonah enjoys sharing his knowledge with students, and was flung to stardom (pun intended) as the Space Cowboy after his mission a few years ago to send a helium balloon, complete with cameras onboard, into space. The parachute, which successfully returned the camera gear to earth, was made by Jonah on his mother’s sewing machine. The goal of photographing the blackness of space was achieved. Jonah and his family live in an agricultural area

just outside Cecil Plains where there is little light pollution. He is able to see distant galaxies, nebulas (clouds of glowing gas) and globular clusters containing perhaps a million stars, which his town and city counterparts could only dream of finding.

Jonah shares his obvious enthusiasm for astro-photography with me one evening under the Milky Way. He points out the LMC and SMC (Large and Small Magellanic Clouds), white patches in the night sky, NW of the Southern Cross. He also casually mentions that the star system, Eta Carinae, 7500 light years away, is “about to blow”, and indeed has been since the 1800s. Undoubtedly, Jonah will be on the end of a telescope photographing the phenomenon, assuming it happens in his lifetime! In the meantime, Jonah is sure to put Cecil Plains on other astronomers’ maps when his observatory is completed later this year. 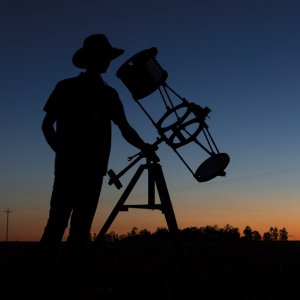 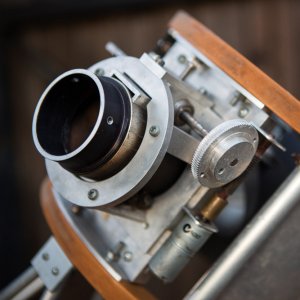 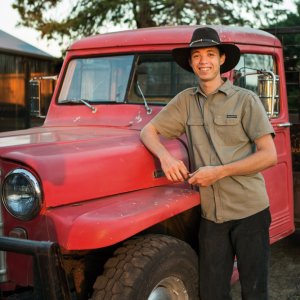 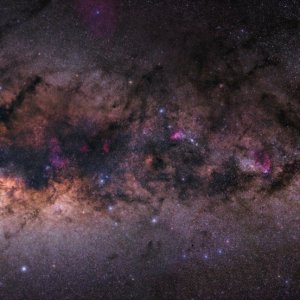 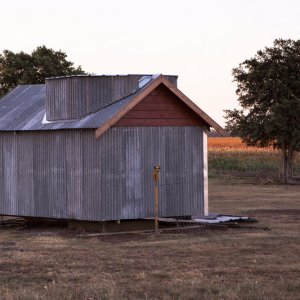 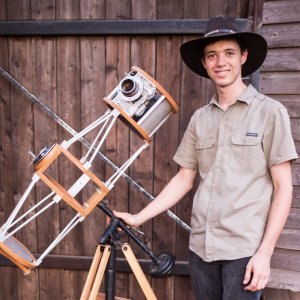