In their first cookbook La Vie Paysanne – 30 Years of French Country Cookery, Bob and Barbara Ross tell the remarkable story of how their love of simple French cooking transformed a humble bistro into a revered Mediterranean restaurant, and how it became one of Sir Roger Moore’s favourite places to visit. Throughout the pages of this book, Bob and Barbara share some of the many tried and tested recipes that have stood them in such good stead across three decades. This book tells the epic story of Paysanne’s three decade stint through a scrapbook-esque family album of images, newspaper clippings and mementos; through tales of evenings going spectacularly wrong and of heroically-snatched victories.

It showcases the classic recipes that have been stalwarts for all these years, and also the latest staples that Bob and Barbara have picked up in the Languedoc since moving there in 2003. From French classics old and new, including French onion soup, Salade Nicoise, Confit de canard, and even delicious pastries like the Clafoutis Limousin, all have been written with simplicity in mind to achieve wholesome meals that family and friends can enjoy. With recipes handed down through generations of Mamans, the cookbook includes recipes on soups, entrées, mushroom starters, plats, legumes and puddings.

All of Barbara’s tried and tested recipes are accompanied by Bob’s witty commentary, as though delivered over her shoulder as she cooks. In these tall tales, there is a warm humour that is often absent in modern cook books that often seem to forget that cooking is supposed to be a pleasure and not an exam in which only perfection will be tolerated. The recipes have been written with simplicity in mind, encouraging the reader not to panic and to enjoy the process, not fear it.

Readers also enjoyed this story on the GOMA Regional Tour. 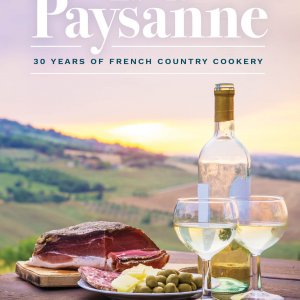 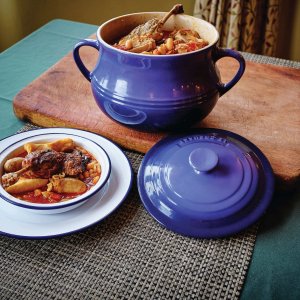 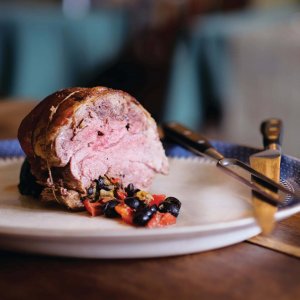 ← Women of the Vine
Solar Farm →