A record of more than 11,000 grandparents, parents and children attended the Lost Trades Fair at Cobb & Co, Toowoomba, on Saturday 6 and Sunday 7 October.

Cobb & Co’s marketing co-ordinator Kristy Hayes said the day went well. “Everything went incredibly well,” she says. “The attendance figures were up from 7000 last year and the feedback we have received on social media about the Fair has been amazing so the response has been very positive.”

Queensland Museum Network acting chief executive Dr Jim Thompson said the museum was the perfect place to highlight the trade industries. “Cobb & Co Museum, with its own trades workshops, is the perfect spot to shine a spotlight on trades that are usually practiced behind closed workshop doors,” he said. “It is also an ideal venue to show the  dedication, passion and willingness of these craft people to pass on their skills. Added to that it provides a unique opportunity for people to find out more about Queensland’s past. Visitors to the Lost Trades Fair were able to learn first-hand about historic crafts and trades that were once commonplace, and which contributed greatly to Australia’s development as a country.”

Founder and director of Lost Trades Fair, Ms Lisa Rundell, said it had been “exciting” to again hold the event in Toowoomba. “Our aim with the Lost Trades Fair is to inspire, educate and open the eyes and minds of the next generation,” Lisa said. “We want the next generation to demand something made by a real person rather than a machine and to think about sustainability and the longevity of what they buy and use. With so many master artisans in the one place over the weekend we wanted to encourage people to have the confidence to design, make and create something real, and something crafted by their own hands.”

With the Lost Trades Fair coming so soon after the Carnival of Flowers the event will in all likelihood be transferred to May next year which will, in all likelihood, make it an even greater success.

Readers also enjoyed this story about the Toowoomba Carnival of Flowers Gala Dinner. 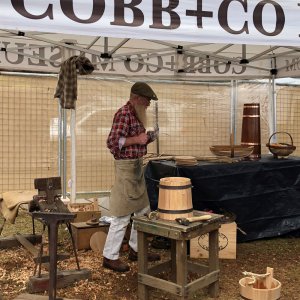 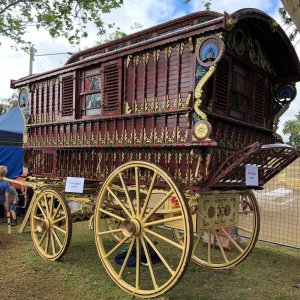 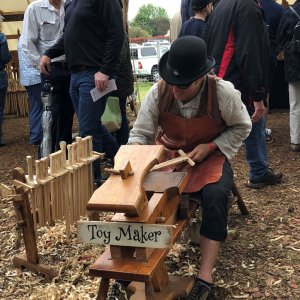