The final, held at the Toowoomba Courthouse was judged by Supreme Court Justice Peter Davis, District Court Judge Alexander Horneman-Wren and USQ School of Law and Justice Lecturer Liam Scott. Head of USQ’s School of Law and Justice Professor Reid Mortensen said “The judges applauded the students on their high quality submissions as well as their adept advocacy.” The judges were impressed with the students’ ability to think and apply the law quickly in response to a diverse and challenging set of questions.

The annual contest gives high school legal studies students the chance to develop and deliver legal arguments within a court environment. More than 25 high school teams participated this year including schools from Toowoomba, Ipswich, Springfield and Brisbane. The event is regarded as one of Australia’s richest school moot competitions with more than $35,000 in scholarships and prizes. As part of the prize pool the two “barristers” from the winning team received a full-year scholarship to study Law at USQ, with runners-up receiving half year scholarships. The moot final was run as a fictitious criminal appeal case with students acting for the defence or the Crown. 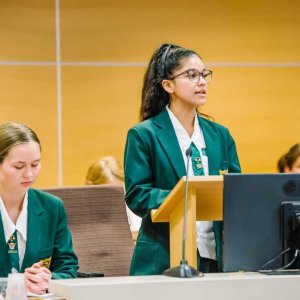 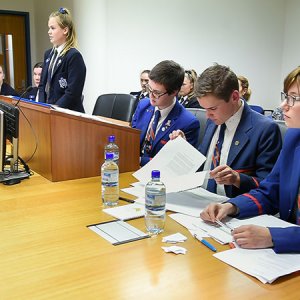 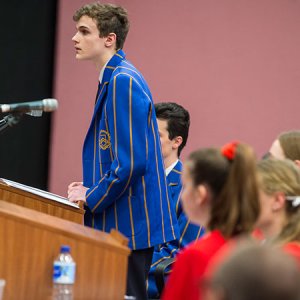 Words by Rochelle Ellul
Images via University of Southern Queensland