Researching her thesis for a Doctorate of Creative Arts at the University of Southern Queensland, Linda Clark decided to delve deeply into her personal experiences as a mother and contemporary artist.

Clark has developed what she describes as the Mother-Artist Model (MAM). “I found that working with my children in my practice gave me a unique insight into the way in which we each think,” says Clark, who is the mother of Ella (17) and Riley (14). “In the same way, the process has made me realise that I am merely a witness to their new, growing independence, and that it is time to let them go and make their own way.”

As her work towards achieving a Doctor of Creative Arts (DCA) progressed, Clark found mothers were reluctant to “explore their own mothering identity”. “Mothering can be an isolating experience as it is,” she says. “This is particularly so for artists because it places limitations on our opportunities to get together with fellow artists to share ideas and to collaborate.

“I connected with other regional mother-artists to overcome isolation and to start conversations about how Mother-Artist Model can be utilised to facilitate practice in their busy lives as mothers,” she says. This ultimately resulted in Clark curating an exhibition titled Tethered: Embodying the Mother-Artist Model at USQ earlier this year. The showing revolved around Clark’s visual arts led research and that of the five other mother-artist research participants in her DCA examination.

“Importantly, the research project considered how the networking community developed through the Mother-Artist Model could overcome the challenges of isolation through collective dialogue,” Clark says. “I felt by making a broader collective of mother-artist works public through the MAM, the project challenges the idea that motherhood is peripheral or on the outside of the art world. Furthermore by embracing my developed MAM the participants responded to their own authentic mother-artist experience within the shifting and complex mother-child interrelationships as a sustainable approach to contemporary art practice.”

The affinity Clark has with regional artists who are mothers stems from being an artist who has spent most of her life outside a major city. Not long after she was born her family moved to Toowoomba, then to Goombungee and she has since lived most of her life on the Darling Downs. After finishing her schooling at Oakey State High, Clark began working at the Heritage Bank in Toowoomba and then at the Centrelink call centre before enrolling at USQ in 2007 as a mature age student.

While studying, she supplemented her income by working as a teachers aid at Fairview Heights State School. “I was always interested in art but hadn’t had any formal training, so I thought it was time I did,” she says. “I did my undergraduate Degree, then my Honours degree and this year I completed my Doctorate in Creative Arts.”

Along the way her work as an installation artist has gathered a number of awards and has been included in numerous exhibitions including in Magical Creatures with Backward Feet at Canada’s University of Saskatchewan in 2015.

Readers also enjoyed this story about the Spring Polo Launch. 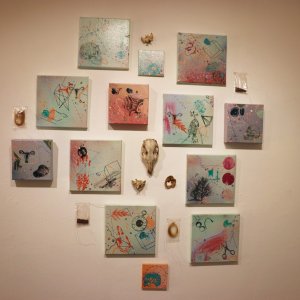 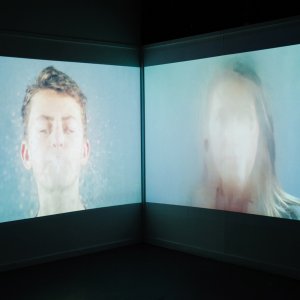 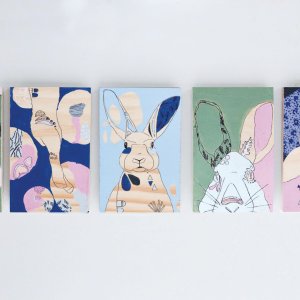