Angelo Puglisi, the Father of Queensland Wine, returned to the Ekka this week to present the inaugural Angelo Puglisi Grand Champion Wine of Show. A Tasmanian Pinot Noir, Giant Steps took out the accolade and is the first red to win the wine of show in six years. “Chief Judge Jim Chatto reckoned The Giant Steps Nocton Vineyard Pinot Noir 2018 was a top drop as soon as he tasted it, that it was going to be a tough one to beat. Its clarity of fruit, exquisite perfume, and profound structure made it an absolute standout,” said Mr Puglisi.

Angelo and his wife, Mary, were presented their first wine-making gold medal 45 years ago at The Royal Queensland Wine Show (RQWS) Awards. The Angelo Puglisi Grand Champion Wine of Show award is a perpetual acknowledgment to Puglisi’s influence and respect in the industry. “This is such an honour for me, my family and the Queensland wine-making fraternity. We’ve come a long way since the sixties, when my neighbours warned me that the vineyard would fail!” said Mr. Puglisi.

Angelo’s fighting spirit has seen him repeatedly triumph over adversity. According to fellow Granite Belt winemaker, Mike Hayes, the Puglisi Family embodies the Queensland fighting spirit like few others. “They have had it really tough from the start. But they survived and prospered. Once, they were hit with four or five frosts in a row. Then came the hail… But Angelo kept his chin up. He drove the same car for 600,000 kilometres and he wouldn’t put any of the workers off even though there was little work,” said Hayes.

Ballandean Estate, The Puglisi Family label, will soon release its 2018 Opera Block Shiraz, the 50th anniversary edition of the Shiraz. It is available now at the pre-release price of $50 per bottle. 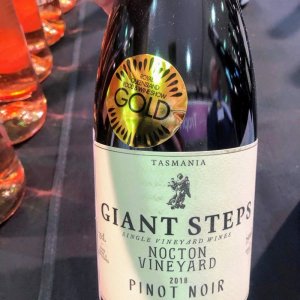 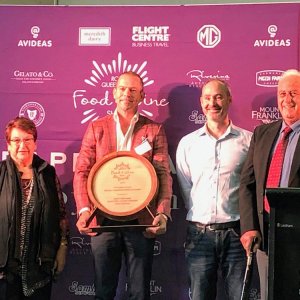 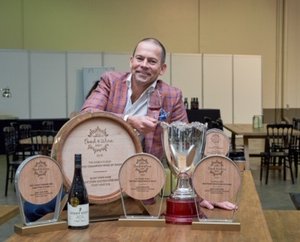