Since having its origins in 1933 the Toowoomba Choral Society’s place in the community has grown-and-grown-and-grown. A further display of this ever-increasing presence was the dazzling production of Hello, Dolly! at the Empire Theatre from September 7 to 9.

Playing before a full house on the opening night the audience was enchanted by the delightful Shannon Gralow in the lead role as Dolly Gallagher Levi. Shannon, who is a private music teacher, set the tone early in the musical with her exquisite rendition of I Put My Hand In. She maintained the pace right through to Hello, Dolly, which she sang resplendently dressed in red with the powerful backing of the male ensemble.

Justin Tamblyn, who as Horace Vandergelder, eventually succumbs to Dolly’s wily ways, was equally convincing. His powerful voice was evident in It Takes A Woman and his diction was clear and easy to listen to. It was always good fun when James Taylor as Cornelius Hackl and his ‘sidekick’ Barnaby Tucker, played by Gabe Tiller, were involved. The laughs began coming at a rapid rate in the scene in Vandergelder’s store when they decide to leave Yonkers for New York and gathered speed in the haberdashery shop of Mrs Irene Molloy, played with style and conviction by Sarah Van Tricht.

Briony Scotton, appealing as a Sandra Bulloch-type in the role of Mrs Molloy’s assistant, was full of joy, Dave Pascoe, as Rudolph Reisenweber, was convincingly authorative while those in the ensemble made an excellent contribution. The costumes, dance routines, scenery and stage settings, especially in the Harmonia Gardens restaurant, were continually brilliantly colourful and of high quality.

Tributes for this must be paid to director/choreographer Bec Stanley, costume designer Debra Nairn, scenic designer Amelia Atzeni and stage manager Joanna Tooley. The indefatigable Neil Roche-Kelly was an invaluable part of the success of Hello, Dolly! as musical director as was concert master Rod Egerton. 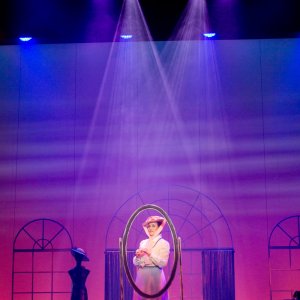 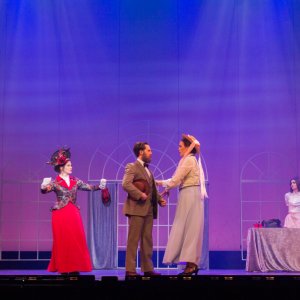 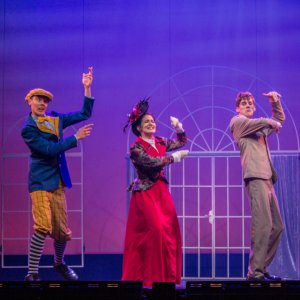 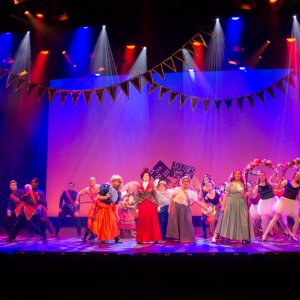 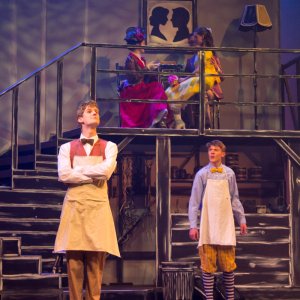 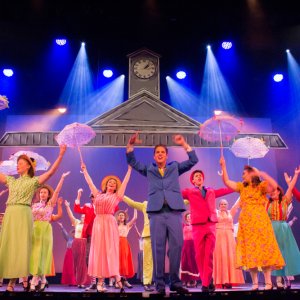