The Toowoomba Choral Society, which has been staging shows annually since 1959, has soared to a new level with this year’s production of My Fair Lady at the Empire Theatre. The work, which previewed before a V.I.P. audience on 12 September, is an elegant and totally satisfying product right from star Shannon Gralow as Eliza Doolittle to those behind the scenes.

A perfectly-pitched soprano, the singing of Shannon, whose performance was full of energy, was a delight to listen to. As a result, right from her rendition of “Wouldn’t It Be Loverly”, she had everyone captivated. Her grace and ease of movement was always evident during any interplay with Jon Maskell as Professor Henry Higgins, who tasks himself with turning Eliza from a bedraggled Covent Garden flower girl into a “Duchess”. He sang “Why Can’t The English”, “I’m Just An Ordinary Man”, “I’ve Grown Accustomed to Your Face” and others in a full throated way that had listeners enthralled.

John combined effortlessly with Eliza and Colonel Pickering, played by Russell Reynolds, with the ever-popular “The Rain In Spain” and in the second act, with Pickering in, “You Did It”. The gestures of Russell, especially when on the phone reporting Eliza’s disappearance, were delivered with humour and style. It was, however, veteran performer Ken Morrissey as Eliza’s father Alfred Doolittle, who was the show stealer. He set the theatre alight as he bawled out “With A Little Bit Of Luck” and the raucous “Get Me To The Church On Time”, in perfect harmony with the ensemble.

James Taylor, as Eliza’s suitor, Vick Bravery, as Mrs Pearce, Edward Pietsch, in his three roles, and the rest of the cast all made very valuable contributions. Much of the credit for this success must be attributed to director Kate Peters OAM, who is one of the most experienced and talented showbusiness personalities in the nation. Musical director Nick Williams, choreographer Lucy Panitz, vocal coach Elizabeth Egan, Evan Hollis, whose sets were exceptional, and brilliant costume designer Debra Nairn are also worthy of the highest praise. 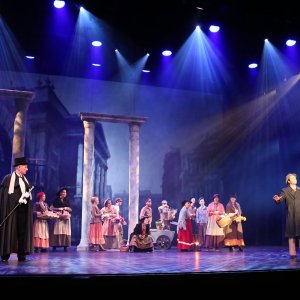 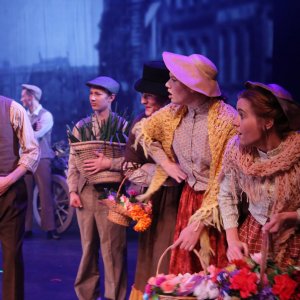 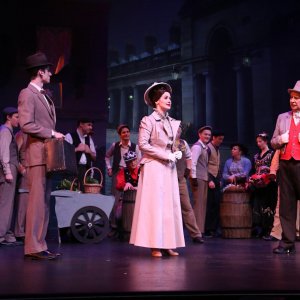 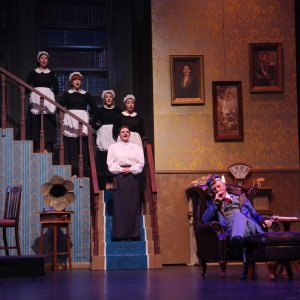 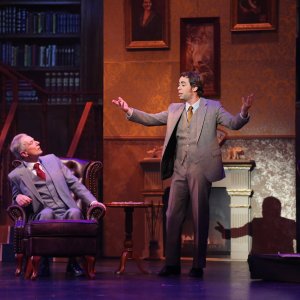 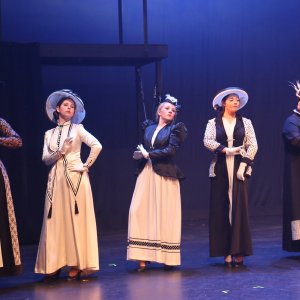 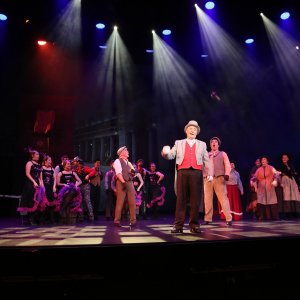 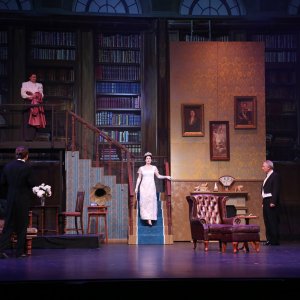 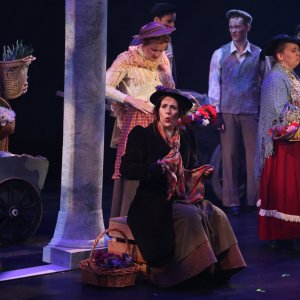 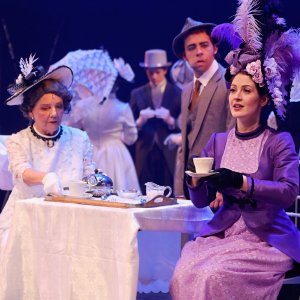 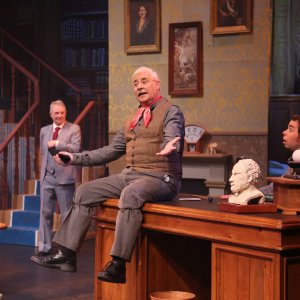 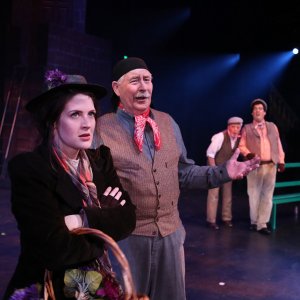 Words by Graeme Kelly
Images via My Fair Lady Production