Published on March 15, 2018 | in Arts/Culture
Essgee’s Pirates of Penzance is destined to be performed in London’s West End.

Judging by the world premier of new orchestrations at Toowoomba’s Empire Theatre, the Simon Gallaher-led adaptation of Gilbert and Sullivan’s comic opera is going to be a resounding success wherever it is played.

The lively and entertaining first act – where Matthew Collins starred as Major General Stanley – was followed by a brilliant second act which steadily rose to new heights, one after another.

The upswing began when the delightful voice of Sophie Salvesani playing Mabel was accompanied by the gifted Philip Jones, as the sergeant, as well as the police and Major General’s daughters in When the Foeman Bares His Steel.

With the upward trend established the internationally renowned Michael Cormack, whose voice as the Pirate King always rang throughout the theatre, joined with Frederic, played with style by Alex Woodward, and Ruth in Now For the Pirates Lair!, When You Had Left Our Private Fold, Duty, Duty and Away, Away! My Heart’s On Fire.

A graduate of the University of Southern Queensland Angela Ponting was a joy whenever she was on stage as the 47 year old Ruth. She was especially funny at one point when yielding a wooden sword and displaying her “sense of duty” in a scene with the Pirate King and Frederick.

A Rollicking Band of Pirates We with the pirates, sergeant and police in unison had the near capacity audience stamping their feet and clapping in support.

When musical director Craig Renshaw, who cleverly wove his position as conductor into interchanges with the audience, asked “more?” the audience was unanimous in crying “yes”, as it was a second time.

The show reached a fitting climax with the whole company in Megamix Finale which after curtain calls left everyone leaving the theatre with smiles on their faces and chatting excitedly. While the actors obviously receive most attention the work of director Terence O’Connell, Craig Renshaw, choreographers George Canham and Alison Vallette and designer Josh McIntosh was first class as were the orchestra members and lighting designer Bent Hunt. 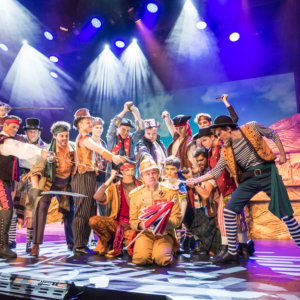 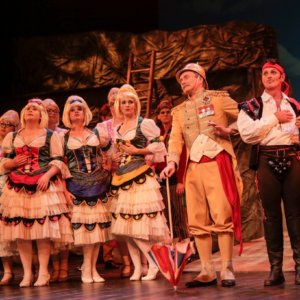 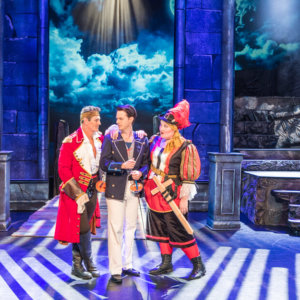 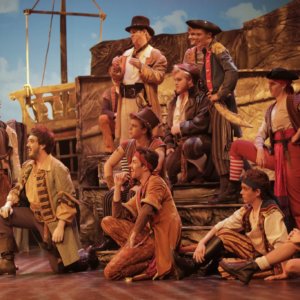 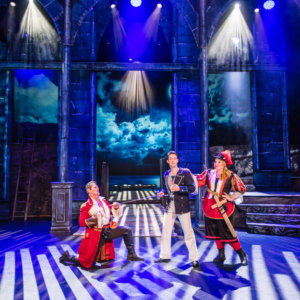 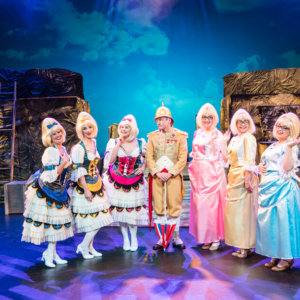