For Ann Guyatt running helped save her life when she was diagnosed with cancer five years ago. Next weekend she will not only complete her first 10 kilometre race since her cancer diagnosis at this year’s Intersport Toowoomba Peak2Park on Sunday 3 March, but she will also complete her 100th parkrun the day before in Toowoomba.

“I took part in the very first parkrun in Toowoomba in September 2013 and was hooked. To the point that it became the highlight of my week,” Ann said. “However in August 2014 I was troubled by a loose tooth and the investigating scan was the scariest thing I had ever seen.”

The following biopsy confirmed Ann had fibro sarcoma (bone) cancer that had eaten away at her eye socket, top jaw, hard and soft pallet and most of her sinuses. “Because of my age, the size of the cancer, and the vital nerves and blood vessels involved doctors were very reluctant to touch it and offered me ‘palliative care’ only I pleaded for ‘a fighting chance’,” she said. “So the decision to operate – to withstand 20 hours of surgery to remove the cancer and reconstruct my face – was made based on my good health which I accredit to the parkrun community. After a week of being in a drug induced haze I came back to earth. The cancerous mass had been removed, a piece of bone from my hip had been transplanted into my cheek, a large flap of muscle was removed from my stomach and crafted into my soft pallet and mouth and I was connected to machines by a gazillion tubes.”

Six weeks in hospital, followed by another six weeks of radiation and Ann was sent home to heal. “I focused stubbornly on getting back to running and this helped get me through my cancer journey,” Ann said. Unfortunately a few complications followed, which meant enduring five hours of surgery, followed by another 10 hours a few weeks later. “My stomach ruptured where the muscle had been removed, then my original bone graft in my face failed, so bone was harvested this time from my skull,” she said. “Thank goodness for parkruns as I don’t believe I would have survived my cancer battle without it in my life and now I am about to do my first 10 kilometre run since my cancer at Peak2Park. And I feel fantastic and can’t wait!”

This year’s Intersport Toowoomba Peak2Park is on Sunday 3 March. Registrations are still open online and this year’s charities include Hope Horizons, Hope for our Children and Eva’s Place.

Readers also enjoyed this story about Clean Up Australia Day. 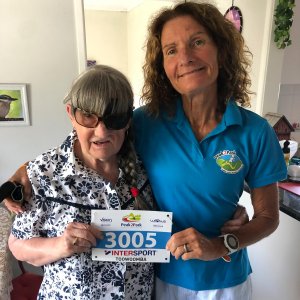 Ann and Margaret Maloney with her bib for this years event 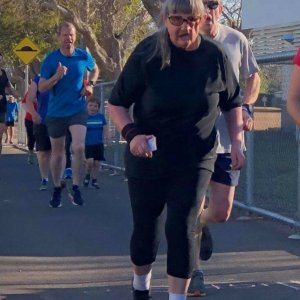 Ann running in Parkrun after surgery 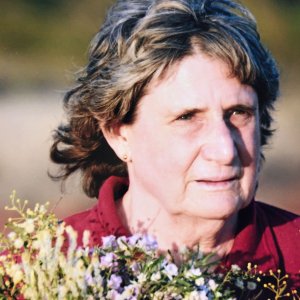 Ann before her diagnosis