The St George Matesong is the toe-tapping good news story that is waiting for its happy ending. After seven years of drought, the Balonne Shire Council decided they needed something to put the region back on the tourist map. A plan was hatched to create a bush parody of Tourism Australia’s $15 million Kylie Minogue Matesong campaign.

Eighteen-year old local jillaroo Lucy Sevil was whisked out of the paddock to play Kylie, and Balonne Shire Council SES Controller Ben Gardiner landed the role of Australian comedian Adam Hills thanks to his post holiday bushy beard. In a change of fortunes, the rain came just as filming began. That turned into a flood, and the video became a celebration of the region’s resilience and hope. Then pop icon Kylie Minogue shared the spoof with her millions of social media followers and the river town region in south west Queensland was suddenly on the world stage. Lucy Sevil was excited by Kylie’s love heart signed post. “I guess our video is a tribute to Kylie’s video, which was a tribute to Australia and celebrating our unique lifestyle.”

Lucy still cannot quite believe how popular the St George Matesong became. “It was phenomenal how quickly it spread. Just goes to show how a good idea, some hard work, and a strong community can make a difference.” After finishing boarding school, Lucy is currently working big days on her family’s cattle and cropping property outside St George. “I’ve always sung.  There are videos of me as a kid of about five having a good old time as I belted out a made-up song that made absolutely no sense.” Putting on make-up for the first time to channel her inner Kylie took Lucy out of her comfort zone. “I wasn’t concerned about singing. However, I was nervous about acting on a video. But I knew it was for the good of my community, so thought I would give it a crack.”

And what a crack it was. “This project has shown me that it is so important to give everything a go,” Lucy says. “Surround yourself with positive and encouraging people and don’t let fear get in the way of any possibility.” Making the video was better fun than Lucy expected. “I loved travelling to all the different towns that had finally had some beautiful rain which delivered a surge of hope for their farms and businesses.” The only disappointment has been coronavirus shutting the tourism industry just as they had convinced everyone to come to the Balonne Shire for the holiday of a lifetime. “Hopefully the video will stick in people’s minds, and visiting our region is the first thing they do when they come out of isolation,” Lucy laughs. “We’ll be waiting for you rain, hail or shine.” 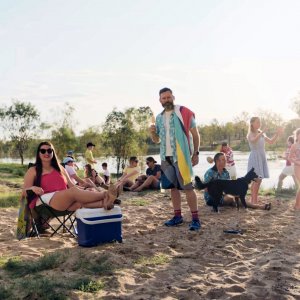 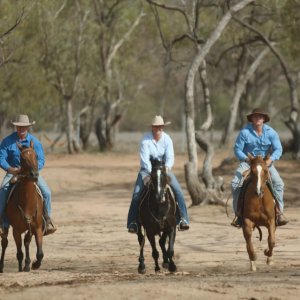 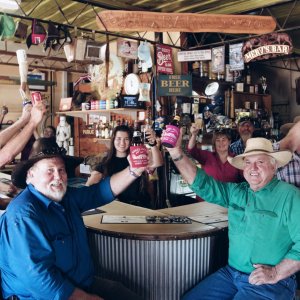 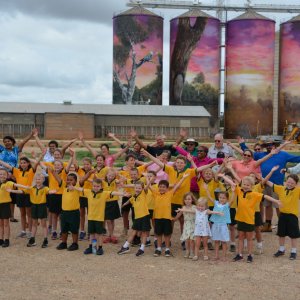 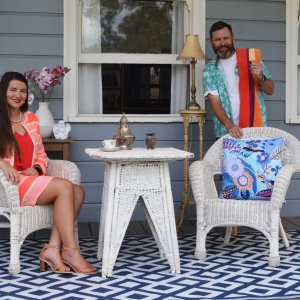 ← Against The Grain
Eastside Estate Toowoomba →