Published on December 3, 2019 | in History/Heritage

The arrival in Toowoomba in 1898 of Father Denis Fouhy as Parish Priest marked the beginning of an important era in the town’s developments.

One of the first initiatives of Father Fouhy, who was to be instrumental in the foundation of St Saviour’s College and St Vincent’s Hospital, was to invite the Christian Brothers to establish a boys Catholic college in Toowoomba. The proposal was agreed and on February 26 the following year, the foundation stone was laid. On 2 October 1899, St Mary’s College, on West Street, was opened. Quite innovatively the 120 students enrolled were lined up at Our Lady of Lourdes Church, about a mile away, to run to St Mary’s. The prize was to be named as the College’s first student, which was won by William McGoldrick, who was to be ordained in 1911. In 1915 and 1916, St Mary’s, which has a motto of Conanti Corona (Strive for the Crown), began achieving academic honours when the College was placed first in Queensland by the official examiner of Christian Brothers.

With enrolments rising, the foundation stone for a second building was laid in July 1918 but just over 12 months later fire damaged the Brothers’ residence. In 1921 an Old Boys Association was formed. Among the members to join was Tom Gorman, who captained the Kangaroos Rugby League team that toured Great Britain in 1929. The College’s facilities were expanded in 1930 when a swimming pool and two tennis courts were created. During the Golden Jubilee celebrations in 1949 the need for a new assembly hall and sporting fields was identified, which led to land purchases and construction work taking place over many years. With enrolments increasing to more than 500, a second Catholic boys school — St Joseph’s College — was opened in 1956 to accommodate students based on the eastern side of Toowoomba.

As the years have progressed, new classrooms including a science block, a library and woodwork and welding rooms along with a new administration building, have been completed as well as extensive sporting arenas. Extensions catering for Speech, Drama, Music, Japanese studies, Computer classrooms and General Studies were opened in 1992 and as part of the Centenary Celebrations an award-winning courtyard area was built as a result of donations by the College’s Parents and Friends. In 2000, Johnathan Thurston, a legendary Rugby League player and an exemplary member of the community, attended as a Year 12 student.

By 2006, the Clive Berghofer Stadium, financed by the St Mary’s College Old Boys Association on Herries Street, was opened housing two international basketball courts and providing areas for volleyball and futsal, an indoor football game. In 2010, Mr Michael Newman became the College’s principal and remains so to this day. A Cultural Centre, which is part of the College Master Plan being overseen by a committee chaired by Sonya Lynch, is in the initial stages of construction. Stage One of the auditorium will be built large enough to accommodate full College assemblies, and include tiered seating for the oval, while Stage Two of the project will include a precinct for Art, Drama and Music facilities. 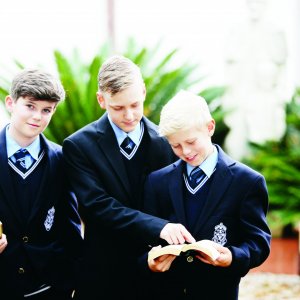 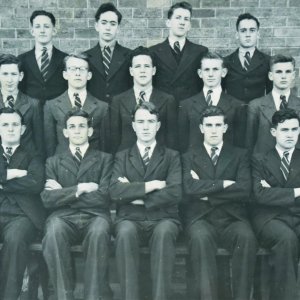 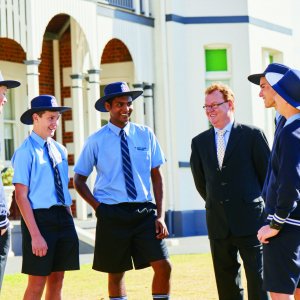