“We have been absolutely brown out of the water by the figures,” says the TGAS president Pam Brown. “The previous record was $135,000 so that underlines what an amazing result was achieved.

“Each year our objective is to have a show that is better than the year before and we certainly achieved that. What was particularly interesting was huge response we had with the number of people attending and the sales that we had on the Saturday and Sunday. It was generally conceded that it was the best ever range that we had on offer and that the exhibition was well hung, which enables people to have a better viewing.”

Pam says that a total of 324 of the 889 paintings and various other items were on display were sold.

“That represents 36 per cent of what was on offer which is very, very high nationally for an art show,” he says.

Another particularly pleasing aspect was that the 20 pieces – 14 of acrylic on canvas and the remainder being acrylic and oil on canvas – entered by Toowoomba born feature artist David Hinchcliffe, who now lives in Brisbane, were sold.

Intentionally recognised and acclaimed David, who recently had two sell-out showings in New York, constructed his paintings with a deft, delicate touch with an extraordinary balance of colour of streetscapes of New York, London, Venice and Paris.

As an added attraction there were also beautiful, easy recognisable Toowoomba scenes painted in front of students at Grammar following his arrival in the Garden City to prepare for the display.

Fittingly a selection of these paintings greeted those visiting the exhibition as they entered the school’s assembly hall, which had been converted into a temporary gallery.

Another highlight was the Inner Circle, which was situated within the show.

Designer Lucy Osborne adopted an “outdoors in spring and summer” theme with the exhibits being built around a striking work by Adelaide-based artist David Bromley entitled Wild Flower.

A lot of attention was focussed on the acrylic Prestigious by Melbourne’s Lydia Ciconte. A massive 2.4 metre work Prestigious, which is the carefully and cleverly portrayed of the head of a tiger, was mounted on the stage of the hall. Although the work left viewers in awe it did not sell at its price of $18,000.

Readers also enjoyed seeing the Socials from this event. 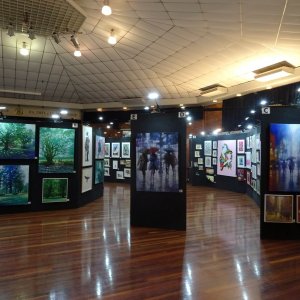 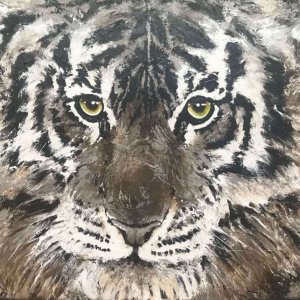 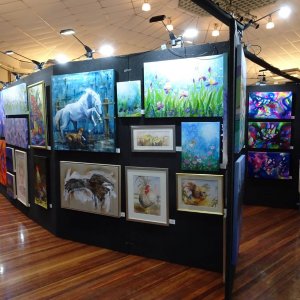 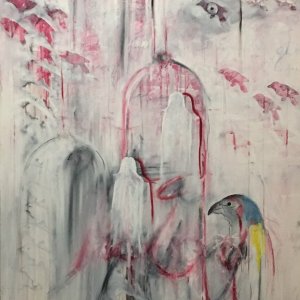 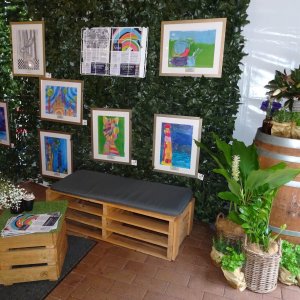 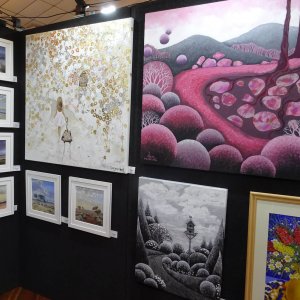 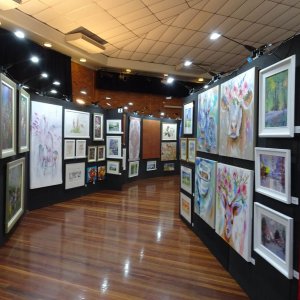 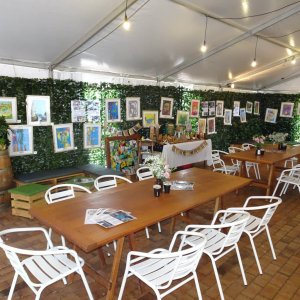 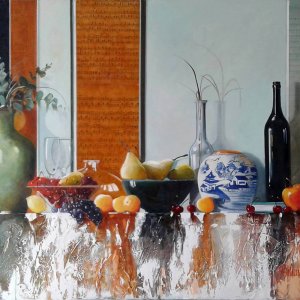