Published on March 1, 2018 | in Business/Industry
The Toowoomba and Surat Basin Enterprise (TSBE) has recently appointed Kathryn McKeefry to the board, supporting the association through the health sector.

McKeefry is the Chief Executive Officer (CEO) at St Vincent’s Hospital since April 2016 and she expresses her excitement to be cooperating with other industry specialists within the region. After McKeefry achieved her nursing qualifications in her home country New Zealand, she travelled abroad to work in intensive care units on the United States, Europe and Britain.

“When I’d had enough of working in ICU, I returned to New Zealand and completed my midwifery training, practicing for ten years in this role,” Ms McKeefry said.

“In 1997, I went into project management, after completing my MBS, and my first job was to oversee the construction of a purpose built birthing suite in Wellington Hospital, which was quite a challenge in a working delivery suite which had 4000 deliveries per year.”

Since then, McKeefry has been worked in many various roles within the health industry.

“I ended up relocating to Brisbane in 2009 as a consultant for Greenslopes Private Hospital, tasked to fix the admission process, before moving into the role of Assisstant Director of Nursing at the Wesley Hospital, where I oversaw the construction of three new theatres.”

During her current position at the St Vincent’s Hospital, she made great contributions to the health community, including leading St Vincent’s $30 million redevelopment. McKeefry expresses her eagerness to being a TSBE board member and hearing various opinions within the health sector.

“There is a very positive buzz here. and I am very much looking forward to my new role on the TSBE Board.”

“We are excited to be working with Ms McKeefry to further grow the region’s health industy,” Chairman Charles said. 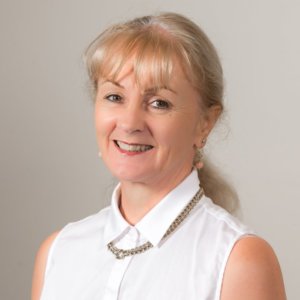