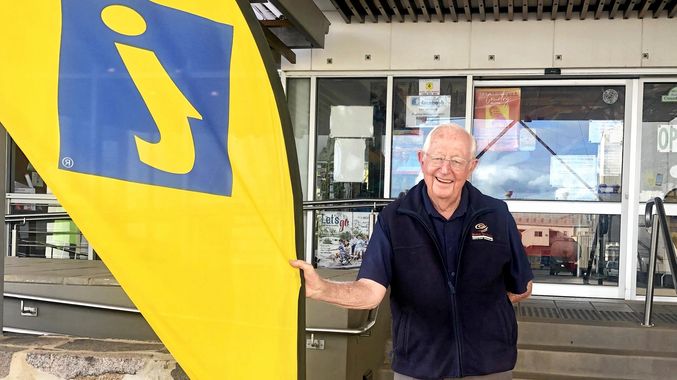 National Volunteer Week takes place from 20 to 26 May 2019. This year’s theme is Making a World of Difference.

Kingaroy Local, Ralph Argue, knows a thing or two about voulenteering, and how a small act can truly make a world of difference. In 1951 at the age of 18, Argue moved to Kingaroy from the New South Wales coast to live with his Aunty and Uncle, and his service to the community started that very day. Within hours of his arrival, a bushfire broke out near his Aunty and Uncle’s property and Argue found himself fighting the fire alongside other locals and the firefighters. He has been actively involved in his community ever since.

For the past 19 years, Argue has spent nearly every Thursday at the visitor centre, sharing his passion for the South Burnett with people from all over Australia and the world. At the ripe age of 85, Argue has no plans to quit any time soon and believes that being involved in the community is his secret to staying young.

“I was an auctioneer around the South Burnett region my whole working life, so I got to know the place and the people quite well over the years,” Argue said. “I grew up on a dairy farm in NSW and knew that I didn’t want to be a dairy farmer. When I moved to Kingaroy, my Aunty got me a meeting with a local auctioneer. We talked for a couple of hours and I started working with him at 6.30am the next morning.”

During his career, Argue remained involved in the local community. He was inducted into the Kingaroy Lions Club in 1972 and is now a life member. He also assisted with Meals on Wheels and volunteered in many ways in the community when help was needed. In 2000, the manager of the Kingaroy Visitor Centre contacted Argue to see if he was interested in volunteering for a regular shift, given his extensive knowledge of the region. Argue was not overly enthusiastic about the idea as he was already volunteering with other groups, however he went along to find out what it was all about. “I met the lady for morning tea, with no real intention of taking anything more on, and 18 years later I am still here!” Argue said. “I really enjoy volunteering at the visitor centre. I love meeting the people who come to the centre, and I also do town tours for coach groups, sharing the stories of the region and the history of the businesses. People might wonder why I am still doing everything I do at the age of 85, but I know I’m not going to live forever so I do what I can while I’m still around. It keeps me feeling connected and young, which can only be a good thing,” he said.