The new and improved Cathro Park has been unveiled as part of the plan to link the Railway Parklands Precinct to Queens Park in Toowoomba. The upgrade, as outlined by Toowoomba Regional Council’s Parks and Recreation Services portfolio leader Cr Joe Ramia, is providing an improved connection for pedestrians and cyclists between Ruthven and Neil street.

The $1.9 million Cathro Park linkage project is jointly funded by the Toowoomba Regional Council and the Queensland Government‘s Building our Regions initiative. Featuring a new shared pedestrian and cycle pathway, extensive landscaping of the parklands and a new public amenities building the project has focused on improved safety and easy connectivity. “One of the longer-term benefits of the new pathway is the link created between Queens Park and the Railway Parklands Precinct, which is a priority development area for Council,” Mr. Ramia said.

The new park also pays homage to the former Deputy Mayor of Toowoomba, Mr Alexander Cathro, to which the park was named. A tribute to him can be found alongside new and improved shelters, seats and tables for visitors.

The Queensland Government’s Building our Regions program has seen coordinated stages of upgrade throughout the area. Currently work continues in Queens Park to create a quality recreational centre, Margaret street ramp and a flying fox. “As the precinct develops over time, following the recent upgrade of the Railway Goods Shed, the pathway will be a natural link between the two areas,” Mr Ramia said.

Readers also enjoyed our story on the Margaret Street Upgrade 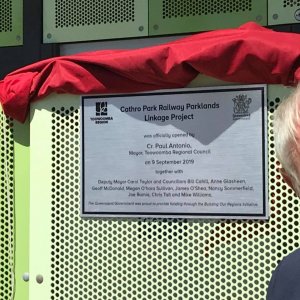 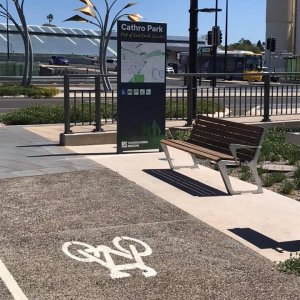 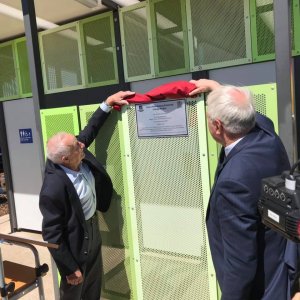