After coming close to extinction, Nepal’s greater one-horned rhinoceros numbers are on the rise, but a new challenge looms. University of Southern Queensland PhD student Ganesh Pant is delving into the potential impacts of climate change on the endangered species, with their limited habitat expected to dwindle.

“The impacts of climate change on this rhino species isn’t well studied, so I wanted to build on it,” he said. “Alongside other stakeholders and experts, we developed indicators to measure the animals’ vulnerability. My findings show that the Nepalese rhinos are likely to be moderately impacted by the effects of climate change.”

While 752 rhinos currently inhabit the grasslands and riverine forests of Southern Nepal, a third of this habitat could be unsuitable in the next 50 years. “We’re expecting a change in the quality of their environment, with parts of the wetlands predicted to dry up. Climate change also poses other threats, such as fires, floods, invasive plant species and woody thickening in rhinoceros habitats. Right now, only 1.7 per cent of Nepal is a liveable environment for these rhinoceroses – so it’s important we use this information to try and mitigate the future impacts.”

Pant’s research has also pinpointed new areas in Nepal which could be inhabited by rhinos in the future. “Some of these are outside protected areas,” he said. “An international airport has been proposed for one of these spaces, part of which is likely to be suitable habitat for rhinoceroses in the future. This study provides a basis for discussion with the government on using an alternative site. It’s important we protect the rhinos, not only do they bring in tourism for the local communities, they also form an essential part of the ecosystem.”

University of Southern Queensland Professor Tek Maraseni is the principal supervisor of the PhD research project. “Although Nepal only occupies 0.03 per cent of the world, it is in the top 25 countries for biodiversity,” he said. “The findings of this research will help the Nepalese Government and protected area managers to make informed decisions and place the right resources in the right places. There are two recommendations that are very specific; they must continue current conservation and anti-poaching activities, and start to plan the translocation of some rhinoceroses to other suitable pockets of land.”

The University of Southern Queensland is set to introduce new Wildlife Management courses next year, and Pant recommended a career in conservation. “It’s a great job – working to maintain the Earth and make it a better place to live,” he said. “And facing the uncertainties of climate change, the more people educated in this area, the better.”

Readers also enjoyed our story about USQ Study on 2020 Lockdown 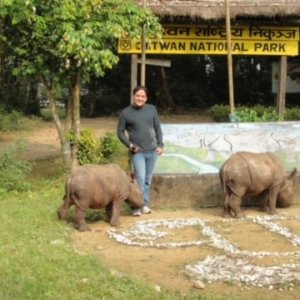 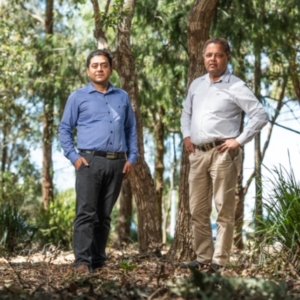