Published on December 3, 2019 | in History/Heritage

When Queensland became a state in 1859, the only transport between Brisbane and Toowoomba was by water to Ipswich, and then Bullock Dray.

But that was soon to change with the first rail line from Ipswich up the range to Toowoomba and then on to Dalby. Engineers had controversially chosen a narrow gauge (3’6”) as more economical to build and better to negotiate some of the route. Surmounting the Range was the culmination of a most creditable job by those responsible for the actual track laying. It had called for contour grading around spurs overlooking deep chasms and the blasting out of a number of tunnels on dizzy heights with equipment and other engineering aids severely limited by today’s standards. For the first few years the steam trains were fuelled by timber, but coke soon replaced it as more efficient. On 1 May 1887, a grand ceremony was planned for Toowoomba for the opening of the rail line. Four trains were to travel from Ipswich to Toowoomba, full of dignitaries. Alas, the second and third trains came off the rails at a particularly difficult section of the Range, but with the help of the passengers the trains were soon under way again.

In the coming years, the rail network on the Darling Downs spread south to Warwick and beyond. The first section of the Southern Railway opened from the end of the Main Line Railway at Toowoomba to Millhill, a northern suburb of Warwick, on 9 January 1871. The line terminated there to save the cost of a bridge over the Condamine River. In 1872, tin was discovered at Stanthorpe, but disagreement over the route to be taken through Warwick resulted in approval to extend the line not being given until 1877. The difficult terrain south of Warwick required two tunnels, one through solid rock which took two years to excavate, and the line opened to Stanthorpe on 3 May 1881. This line later carried the produce of Stanthorpe and surrounding areas and was known as the Fruit Train. The Southern Line was completed to Wallangarra on 14 February 1887. Rail reached Pittsworth in 1887 via Cambooya. It eventually arrived in Millmerran in 1911. Now produce such as grain, cheese and butter could be railed to Toowoomba and Brisbane for export, adding to the economy of this area of the Downs.

The Millmerran station has had an amazing life over the last 100 years and at the height of its use between 1940 and 1990 the area housed crew quarters, station master’s house, engine sheds and many other buildings. Grain traffic was substantial and was the branch lifeblood all along. A rail motor service to Toowoomba operated between 1928 and 1969. The line between Millmerran and Brookstead was closed following the 2010-11 floods, when several of the bridges became unsafe. After much lobbying and fundraising, the station building and cream shed were moved to the Millmerran Museum site and after refurbishing are now used as the Tourist Information Centre. 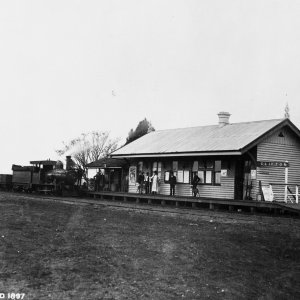 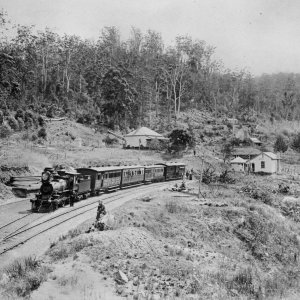 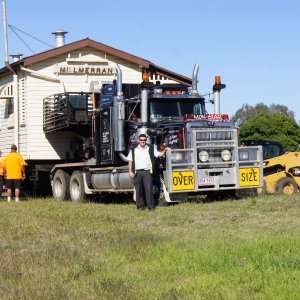 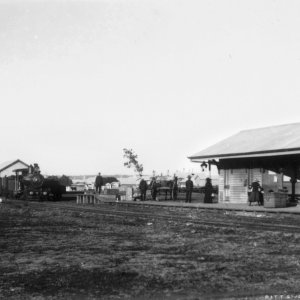 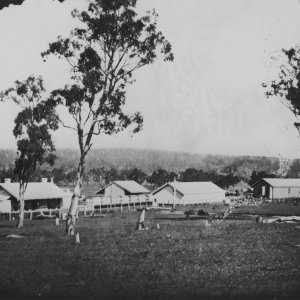 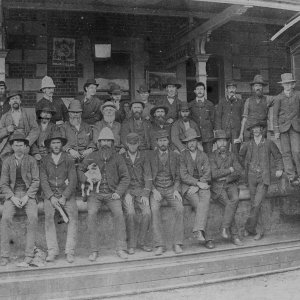 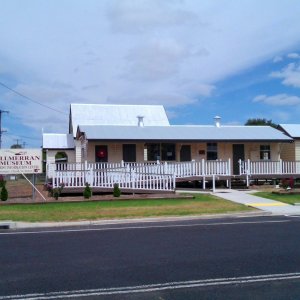 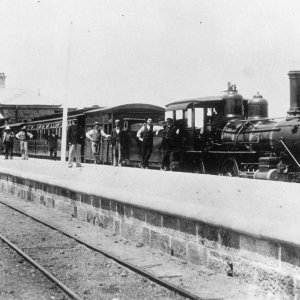 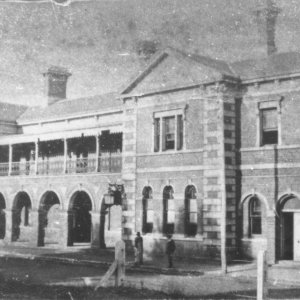 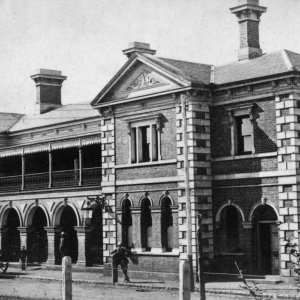 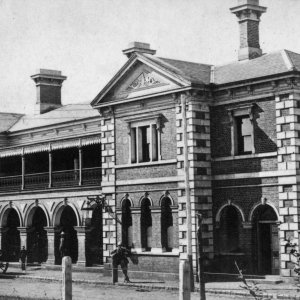 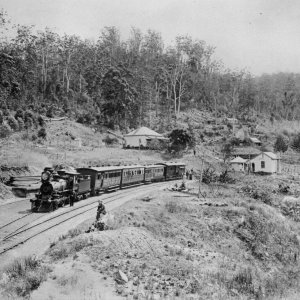 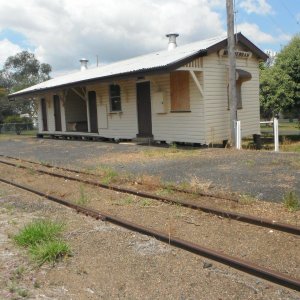 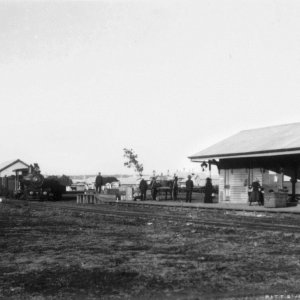 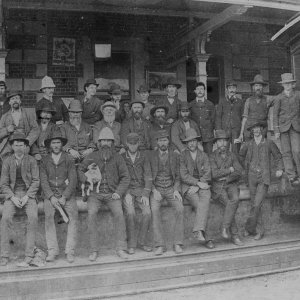 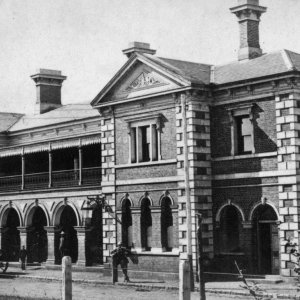 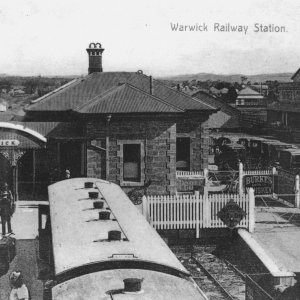 Words by Wendy Moline
Images via State Library of Queensland