The Gift of Sound

Local Stanthorpe family the Heads are encouraging their local community to support Loud Shirt Day on Friday 19 October, a national initiative supported by not-for-profit organisation Hear and Say seeking to provide hearing impaired children in Australia with the intervention, support, and technology required to reach their full potential. Each year up to three babies in every 1000 will be born in Australia with permanent hearing loss, an incident rate that doubles by the time children reach school-age – one of these children being four-year-old Atticus Heads.

The Heads family are one of many families who have benefited from Loud Shirt Day’s fundraising efforts after Atticus was born with hearing impairments. His mother Karyn says the support from Hear and Say has improved his speech and language incredibly. “Atticus has bi-lateral cochlear implants,” she explains. “His hearing loss was initially picked up in the newborn hearing screen. He has been implanted for almost two years and since then he has come from not being able to hear, to listening and speaking like any other four year old.”

Hear and Say provides Atticus with weekly speech therapy lessons via telepractice because of the rural location of the family’s home. “Our speech and language therapist, Anna has become a dear friend to us and Atti adores her,” says Karyn. “This early intervention means Atticus will have the best start to school and have the same opportunities as his peers.” Karyn says that people often find it surprising that Atticus can speak because of the severity of his hearing impairment. “His cochlear implants and the early intervention from Hear and Say mean he is able to speak just like every other child,” she assures.

Loud Shirt Day encourages individuals to wear their weirdest and wackiest shirt, dyeing their hair an outrageous colour, dressing up in an outlandish outfit, or simply making a commitment to getting loud for deaf children. 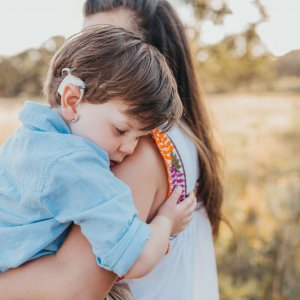 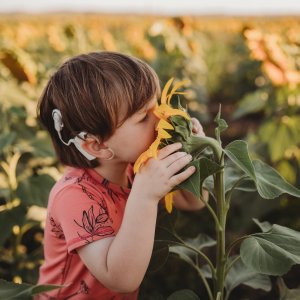 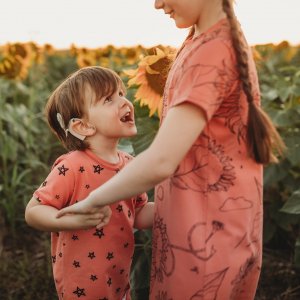