Published on January 17, 2018 | in Arts/Culture
Having swept up a few awards at the latest Golden Globes, Three Billboards Outside Ebbing, Missouri (or Three Billboards), was high on my ‘Movies to See Before the Onslaught of University’ list.

Unfortunately, Three Billboards only heightened my resentment towards tertiary education; it was another intriguing screen experience I’ll be missing come late February.

Three Billboards is a black comedy crime film directed, written and produced by Martin McDonagh. At the heart of the narrative is Mildred Hayes (Frances McDormand), a gift shop assistant who rents out three billboards to question the lack of progress in the case of her daughter’s rape and murder.

Mildred singles out the widely respected sheriff, Bill Willoughby (Woody Harrelson), and subsequently receives backlash from the tight-knight townspeople and Officer Jason Dixon (Sam Rockwell), Willoughby’s fierce admirer. With the help of those also ostracised in Ebbing, such as James (Peter Dinklage), a dwarf, Mildred fights for her billboards so that she can finally lay her daughter to rest.

Frances McDormand exudes brilliance as the tenacious, foul-mouthed Mildred. She walks with the masculine swagger of an outback gunslinger, daring anyone to cross her path. Nevertheless, she has moments of gentle tenderness, when her rage subsides and all that is left is grief for her daughter’s harrowing last moments.

Having been held back in the police academy, and now forced to live with his mother, Dixon’s self-contempt manifests into hatred for those who undermine his authority.

With Bill’s guidance, however, Dixon also begins exhibiting signs of a more finely tuned moral compass, and he and Mildred learn to believe in the goodness of others.

Three Billboards was exceptionally enjoyable and deeply moving, combining sharp humour with the inherent need to find peace within oneself. 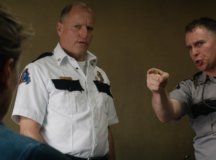 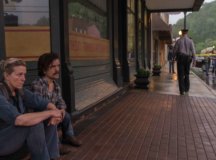 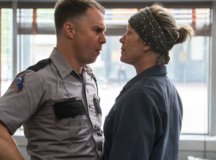