The Toowoomba Royal Show will be held for the 156th time this year from March 26 to 28. The show has the unique distinction of being the oldest event of its type in Queensland. The first show was conducted in July 1862 on 19 acres “beyond McCarthy’s farm” on the corners of Campbell and Lindsay Streets on a site that eventually became the official showground.

The foundation of the show reflected the increasing importance of the Darling Downs region as rich farming and grazing land. The region, which now spreads over some 80,000 square kilometres, had been discovered in 1827 by Allan Cunningham. In the 1840s, European settlers with farming backgrounds began arriving. As the farmers prospered the show’s foundation association, The Darling Downs Agricultural Society, was formed on 19 November 1860 to represent graziers and livestock breeders. Permission was granted to use the prefix Royal, and DDAS became Royal Agricultural Society of Queensland. In 1864, Drayton and Toowoomba Agriculture and Horticultural Society was formed to focus on the needs of orchardists, grain growers and dairy farmers. During the period from 1864 to 1904, two shows were held annually with RASQ’s in winter and Drayton and Toowoomba Agricultural Society’s in summer.

The shows, which ran separately until 1905 when the societies were amalgamated, were regarded as being “greatly instrumental in the encouragement and development of both pastoral and agricultural industries”. In the earliest years, the shows were held at various locations before finally settling, in 1880, on a 24.5 acre site where the Technical and Further Education College is now located. The shows steadily grew and in 1887 the DTAHA advertised 326 different classes of exhibits covering horses, cattle, sheep, swine, poultry, cage birds, dogs, cats, agricultural products, saddlery and harness, wines, horticulture, flowers, cut flowers, vegetables, agricultural implements, school work and apprentices’ work. During those years, James Taylor, who was a member of the RASQ from 1868 to 1896, played a significant part in the evolution of the show. There was a dramatic turn of events on 20 April 1929 when a grandstand named in his honour was destroyed by fire.

However, the grandstand was re-built in time for the 1930 show. With events such a grand parade of the latest motor vehicles in 1948, Ben Hur races and the inauguration of the Queen of the Downs competition in 1963, the show’s popularity was outgrowing the venue. Numerous attempts to move to a more suitable site were frustrated until a 245 acre location was found at Glenvale in the early 1980s. The first show at the new grounds was opened by Senator Lady Flo Bjelke-Petersen in March 1985. The new showgrounds include Queensland’s largest equestrian facility and sales complex, cattle and machinery pavilions, a sideshow alley and three excellent function rooms. 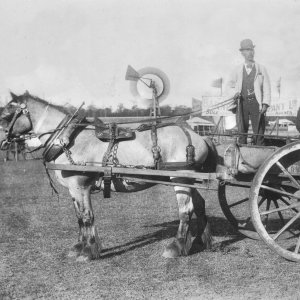 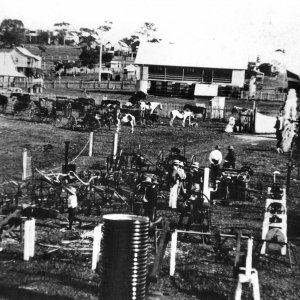 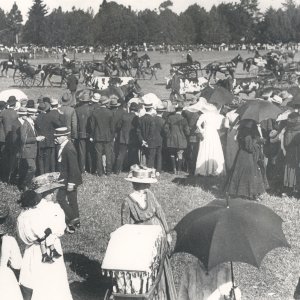 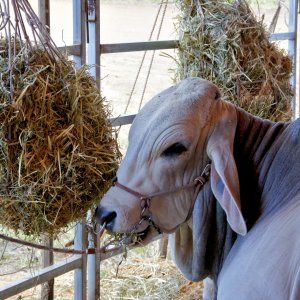 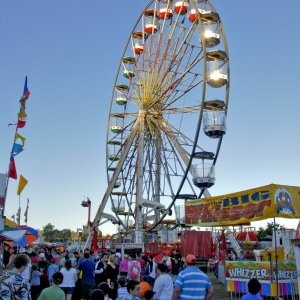 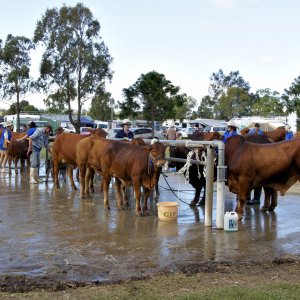