Tried, Tested and True is a priceless collection of classic recipes that really work, from the bestselling author of The Australian Blue Ribbon Cookbook Liz Harfull. Forget celebrity chef, this cookbook truly reflects what most Australians have cooked and eaten at home for decades were put together by people that have never been heard of, all in the name of helping others.

Community cookbooks have raised millions of dollars for thousands of charities and causes, ranging from cash-strapped local schools and churches to international movements like the Red Cross. Many of these books are humble publications, hand-printed and stapled together by volunteers. But some, like the iconic PWMU Cookbook from Victoria, the Green and Gold Cookery Book in South Australia, and the CWA’s Cookery Book and Household Hints from Western Australia have outlived fleeting food fads and are still in print and much-used today.

Based on extensive original research, Liz Harfull brings to light the heart-warming stories of more than 60 of these treasured cookbooks, big and small, from around the country and across the generations. What did the first Anzac biscuit really look like, and who submitted the recipe? What were Melbourne society hostesses cooking in 1958? (Coffee and rum pavlova!) And what exactly was a Hinkler cake, which was created by the CWA ladies of Bundaberg to celebrate the safe arrival home of an heroic aviator and the town’s own beloved golden boy?

ABC TV’s Landline Pip Courtney says this book is “an absorbing history of Australian cooking as told through the dog-eared old faithful cookbooks that were the go to for generations of home cooks. I love the stories Liz Harfull has unearthed about the treasured community stalwarts who rounded up the recipes – anonymous no more. The vintage advertisements and recipes make this one very moreish book.”

These wonderful stories are accompanied by carefully selected recipes, ranging from trifle, golden syrup dumplings and a chocolate cake with the tick of Royal approval, to savoury dishes such as Scotch broth and beefsteak pie. Illustrated with rare photos and vintage advertisements, Tried, Tested and True is a treasure trove for any kitchen.

Readers also enjoyed this story about sustainability at the Toowoomba Royal Show. 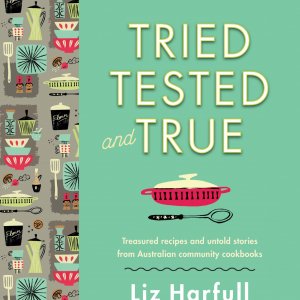 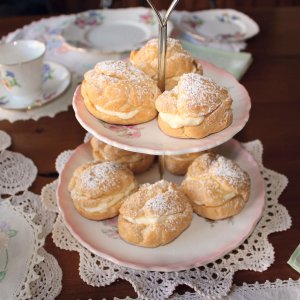 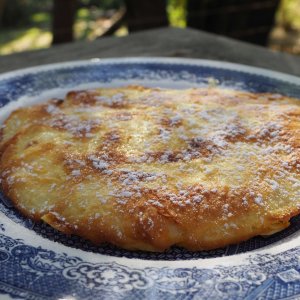 ← Pop Up Pallets
The Loanialu Nurse →