There are three small churches near the Condamine River, all on land settled by the Gore family in the mid 1800s. All Saints, the oldest, was built by the Gores of Yandilla Station for themselves and their workers. Under the direction of the Rev William Gore, it was built in 1863 for use by all Christian denominations. It was rebuilt around 1878 by John Baillie, and consecrated in 1887 as a Church of England. Anglican services are still held there every three months. It is protected by a listing on the National Heritage Register, and All Saints stands as a reminder of the faith of our first settlers.

The next church, St Paul’s is just off the Millmerran-Leyburn Road, and was built in 1891 on land donated by George Simmons. He had selected a farm from the original Yandilla property when it was broken up in the late 1800s. Also a Church of England, farmers worshipped here for more than a century. Now surrounded by cotton fields, its regular use as a church ceased around 10 years ago, but it is still looked after by local families such as the Missens and Wrights whose ancestors worshipped there. Both these churches have poignant graveyards. From the original family of the Gores, to more recent graves, they are full of familiar names and commemorate those who worked the land and built the communities we know today.

Further down the same road, a more recent church is another St Paul’s, this time Lutheran. The Gore family employed German indentured labourers on their huge sheep station, and many were Lutherans. Their descendants, including the Mundt and Salomon families, formed a congregation in 1939 with more recent arrivals. They initially worshipped in people’s homes, one of which was Tosari, part of the original Yandilla Station, which was bought by Konrad and Meta Uebergang in 1935. The Lutherans were a generous community, and made substantial contributions to the £7000 needed to build Concordia Memorial College in Toowoomba in the late 1940s. Shortly afterwards, they set about raising funds for the beautiful timber church built on land donated by Meta Uebergang. The builder was Walter Janetzki, helped by substantial volunteer labour from the congregation. It is the only church of the three still holding weekly services, and a few years ago celebrated the 75th anniversary of the congregation.

Now we come to the people; pioneers who battled black soil not only to farm in flood and drought, but to get to their churches on Sunday. A church is only as strong as its people, and we have to admire the many families who built and cherished these places of worship, and those Ministers and Pastors who had large parishes, and always too many congregations to visit. Around 1900, Rev Marshall wrote, “Drought or no drought, Grasstree [St Paul’s Church of England] hospitality is the same. Mr Caldicott always found a feed for my horse, though his own were dying.”

Acknowledgements: Our thanks to historian Grant Uebergang for access to his research material, including books on each of the churches, and for his historic photos. Thanks also to Irene Missen, a Simmons descendant, who showed us around St Paul’s Anglican and to Cheryl King who opened up All Saints and who is descended from John Baillie.

Readers may also be interested in the Glengallan Gates. 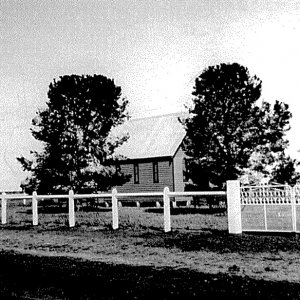 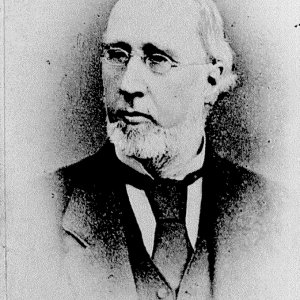 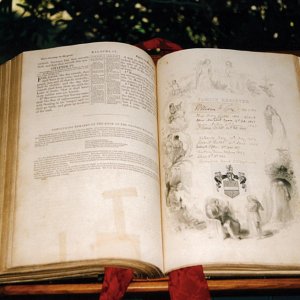 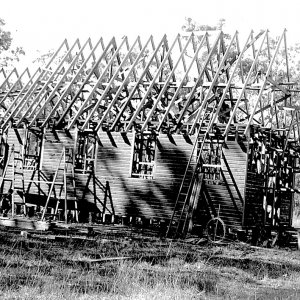 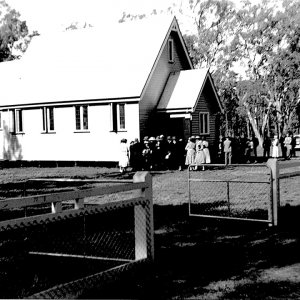 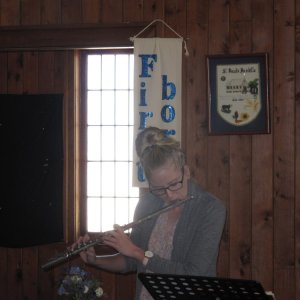 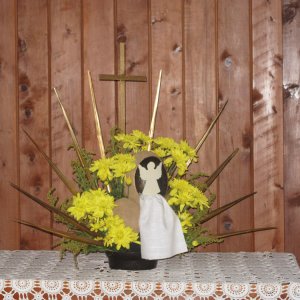 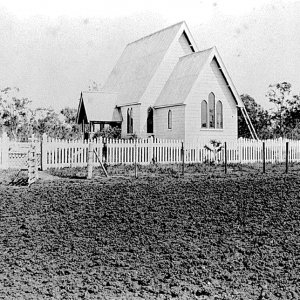 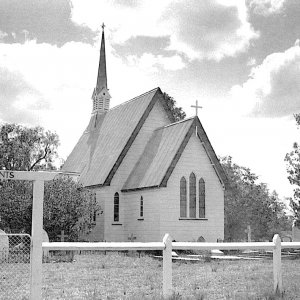 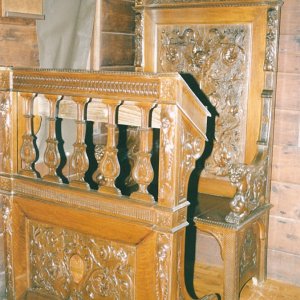 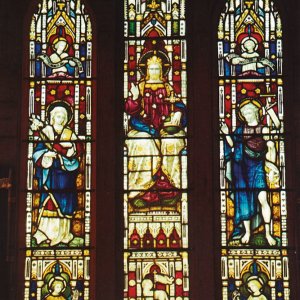 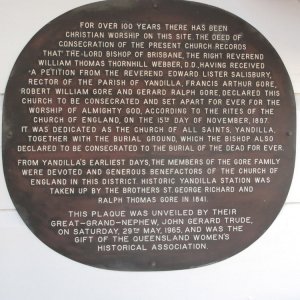