St George teenager, Angus Haynes’ passion for judging cattle has lead him to winning the Queensland Country Life Special Award for the Most Successful Competitor at the Ekka.

This is the second year in a row where Mr Haynes has won this award in the cattle category. Mr Haynes said he has always been interested in prime cattle and carcase competitions and has previously entered his own cattle into local shows. “I really like the feedback that you can get from those types of competitions and next year I am hoping to have one of my own steers in the Ekka prime cattle,” he said. “I like all of the junior events but I really enjoy the judging competitions. I try to go in as many as I can at the local shows.”

This year Mr Haynes achieved the Ekka’s Most Successful Competitor in cattle by accumulating a number of wins. These included being named the School Steer Judge Champion for the Intermediate section, winning the RNA Open Prime Judging and placing as runner up in the State Final. He also made the final round in the fourteen to fifteen years category of the Paraders Competition and received third place in the RNA Open Stud Cattle Judging.

While attending school in Toowoomba, Mr Haynes tries to spend many weekends and school holidays at his grandparents property in the Brisbane Valley where they run a Charolais stud and commercial beef operation.

Readers also enjoyed this story about the Glass Shokunin Studio near Stanthorpe. 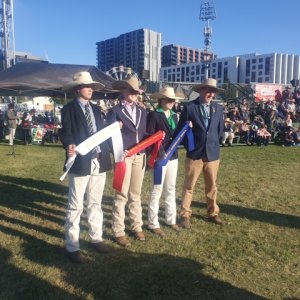 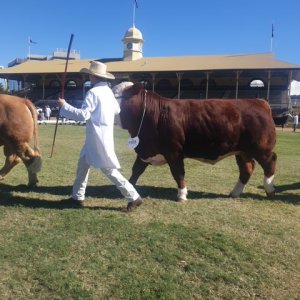 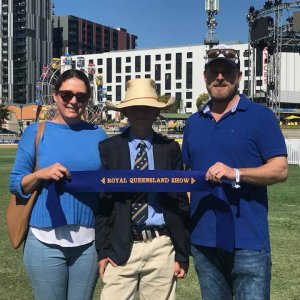