Even on a dark and rainy afternoon, the Glass Shokunin Studio near Stanthorpe is aglow with colour and light, beckoning visitors to admire the glistening glass sculptures and learn all about how glass is made, cut, fused and shaped.

Brian Hamley is a third generation glazier who cringes at the title of artist, preferring instead to be described as someone simply doing what he loves. “I think anybody can be an artist,” he said. “I can’t draw or paint but cutting glass is second nature to me.”

Hamley spent 31 years running his own domestic and commercial glazing business, but eight years ago decided it was time for a change and retired. His brother took over the family business, and Hamley is now happily ensconced in his country retreat on the Granite Belt, creating exquisite kiln formed glass sculptures, jewellery, dishes and anything else he dreams up.

When Hamley retired from his commercial glass business he was burnt out and still grieving the loss of his father, so he went to Japan for a year and a half to rest, explore and recover his passion. He found it. “I’ve always wanted a studio,” he said. “I like doing something that not every man and his dog can. I like to do unusual things. You can’t pump out standard stuff. You need to do something that they’re not going to see anywhere else.”

Hamley sees art glass as the ultimate in recyclability, for the smallest shard can be rescued and reused. “There is no waste,” he said. “I use everything. I use off-cuts and save every piece.” His passion for glass knows no bounds. “It’s one of those things people are always fascinated with,” Hamley said. “It’s not a bother if people don’t purchase anything, but if they’re interested, I’ll talk to them all day.”

After 31 years in the glass industry and six years as a glass artisan, there is little about glass that Hamley does not know. He has researched the very best sources for the art glass he uses, shipping in product from Mexico and the United States. “Art glass is totally different,” he explains. “There’s a science to it, well and truly. It’s handmade, not factory made. It’s clean, it’s colourful, and it can be manipulated many times.”

The process of creation begins in his imagination. “Design is in my head,” he said, “and most of the time it changes in the middle of it. I pick colours as I go. There’s not much of a set plan when I kick something off. It rarely comes out the way you picture it in your head.”

Hamley loves vivid colours and interesting shapes, giving his imagination free reign to dream up designs for modern plates, whimsical candle holders and striking sculptures held up with handmade copper frames. “I make whatever I like,” he said, “very intricate and delicate. It’s not a money making venture at all because it’s very labour intensive. I keep it small so it stays a pleasure and not a job. I love glass.”

Readers also enjoyed this story about this mother-artist-model. 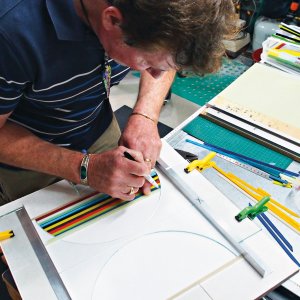 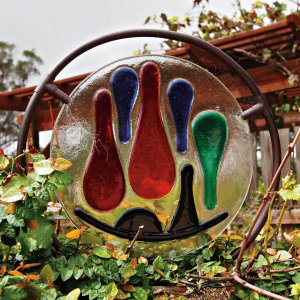 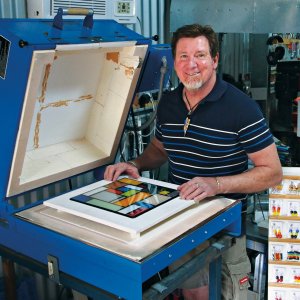 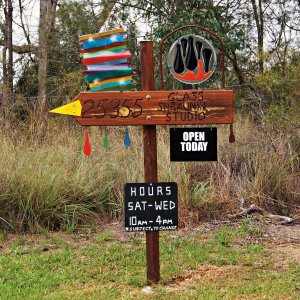 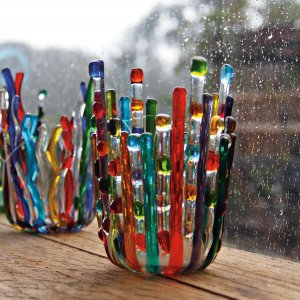 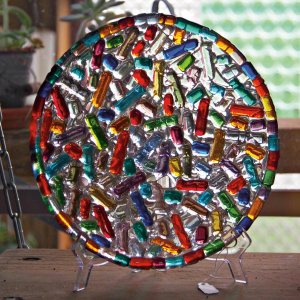