He travels to the great cities of the world finding inspiration for his beautiful contemporary impressionist artworks, but Toowoomba Grammar Art Show 2018 artist in residence David Hinchliffe always finds himself returning to Australia.

Hinchliffe finds it “a sweet irony” that he will be the feature artist at the school which regularly beat his own Toowoomba State High in the pool when swimming competitively in his high school days.

The former Mount Lofty boy is, however, very grateful for the opportunity to be teaching and demonstrating his painting to Grammar students. Brisbane is his home base these days, but Toowoomba is where Hinchliffe grew up and is the second home to where he finds himself returning.

His grandfather and father worked at the Toowoomba Chronicle for around 50 years, and much of his family still lives in the Garden City. Apart from the family connections and his affection for Toowoomba and Brisbane, it is also the convenience which keeps Hinchliffe grounded in Australia.

“I could be living anywhere in the world, but as I get older I enjoy the small comforts. It provides a sense of domestic hearth,” David reflects.

Hinchliffe spends a lot of his time overseas traipsing the footpaths and laneways of cities, sketching, photographing and painting. “It’s a tough job, but I’m up for it,” he joked.

Much of Hinchliffe’s works reflect his travelling lifestyle and the cities which inspire his creativity. His paintings capture the character and unique qualities of cities like New York, Venice, Paris, London and … Toowoomba.

“It’s probably not on every international traveller’s to do list, but Toowoomba has its own intrinsic charm and quality. I think the laneways of Toowoomba are fast becoming an attraction of their own for the street art. The other great thing is that Toowoomba is known for its parks and gardens, and tree-lined streets. I grew up on the east side of Toowoomba, with all those camphor laurels. They’re a pest species in Australia, but they are some of the most magnificent trees in the world. I love painting them.”

On his own contemporary impressionist style of art, Hinchliffe says there are two main appeals which see people the world over cite impressionism as their favourite style.

“Firstly it’s a representational form of painting, so people can actually see what it is, as opposed to expressionist abstraction or conceptual art. It also evokes an emotion, and the reason for that is less is more. You don’t fill in every detail. By giving an impression of the subject, you’re allowing people the opportunity to use their ‘third eye’, the eye of imagination.”

When it comes to the effects art has on the beholder, or indeed the world, Hinchliffe is philosophical.

“I acknowledge that art doesn’t change the world, but it can change the way we see the world. For example my paintings of Toowoomba … I hope, after seeing them, when people drive down those streets they’ll see them as paintings, rather than a streetscape they take for granted.”

Readers may also be interested in this article on Kirra Moore’s Colourful Life. 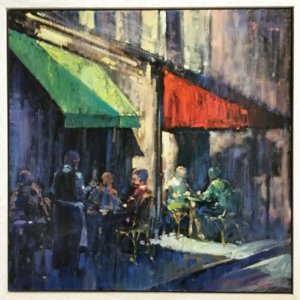 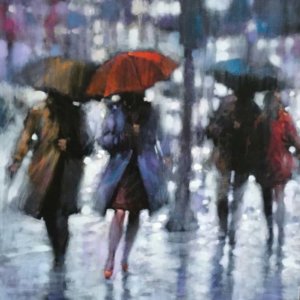 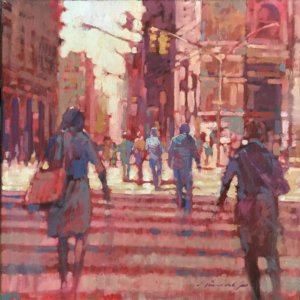 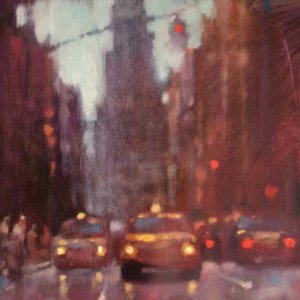 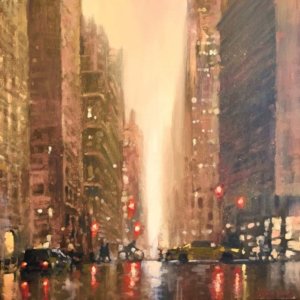 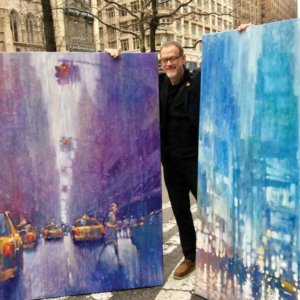 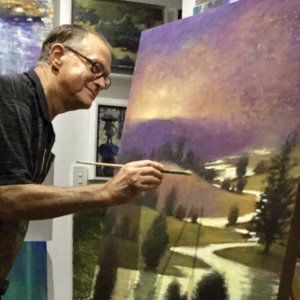 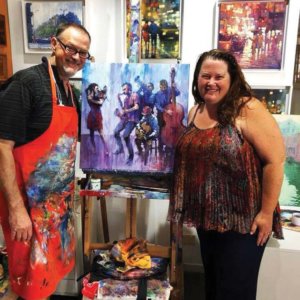 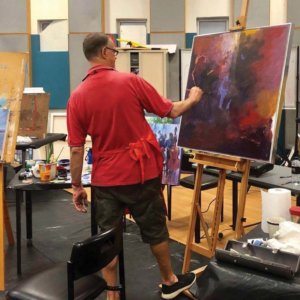 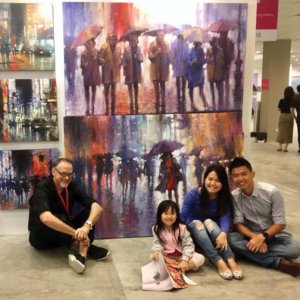 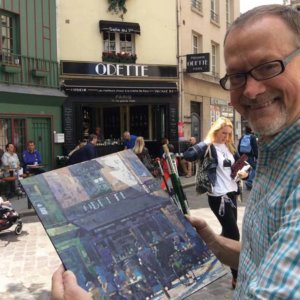 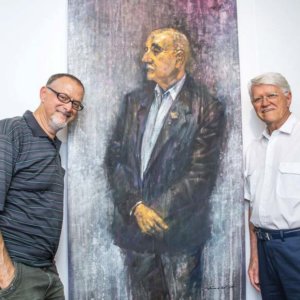