Sarah has known Brody for as long as she can remember. Growing up, Brody’s older sister Kiah was Sarah’s best friend in the same grade at school in Inglewood. However, it was not until 2009 that Brody and Sarah began to properly get to know each other.

Brody’s best mate, Rowan, was a lifelong mutual friend to the couple. Sarah recalls that Rowan was often made to take the couple out on pig chasing adventures. In November 2009, just a couple of days after Brody graduated high school, the two began officially dating. Soon after, the couple moved into Sarah’s grandmother’s old home (not far from her father’s property). In 2011, Brody and Sarah moved to Wandoan to chase the mining boom. Both working a 10-day on and four-day off shift schedule, they were able to visit Inglewood every fortnight. “At the end of 2012, after a year of working, travelling and lots of fun memories, I found out we were expecting.” With the big news that they would soon be a trio, the couple returned to Inglewood to settle down amongst family and friends. They bought their first home in April 2013 and baby Ella followed shortly after in August. In 2015, Brody was diagnosed as a coeliac and Sarah fell pregnant with their second child, Gracie.

After a great deal of encouragement in 2018, Brody finally proposed at Christmas. Sarah, of course, said yes. Planning began immediately, with Sarah determined to be married by 30. The wedding came together with the harmonious meeting of the skills and resources of family and friends. At the time, Sarah’s father and stepmother were in the process of buying Camp Greenup (now known as Greenup Meeting Place), which is located next to their properties. Sitting behind the Coolmunda Dam with Bracker Creek running beside, the property doubled as a camping ground and bike track for the local state school. Despite the drought, the landscape looked gorgeous. Sarah’s mum, Gail, was in charge of decorating, even ordering gorgeous floral arrangements from the Toowoomba Flower Market.

Deb Elliott was the photographer for the event. “Of course, it was a definite no-brainer for who our photographer was going to be. We have known Debbie all our lives and we know how great her work is,” said Sarah. “The photos turned out beautifully and it was so much fun getting them taken.” The couple chose Jodie Jeans from Goondiwindi to cater because: “She is just a delight to work with and she caters for all dietary needs and it tastes beautiful,” said Sarah. The cake, however, was made by an old school friend of Sarah’s, Chloe Grant, who owns a masterpiece business, Whipped Up. Of course, no wedding runs entirely smoothly. “The week before the wedding there was a few dramas with my dress. Luckily I have a very clever mum and her best friend Prue who fixed it.” Everything after that ran to plan. With 160 guests in attendance, the couple had an absolute ball. “We still have mates asking when we are getting married again!” 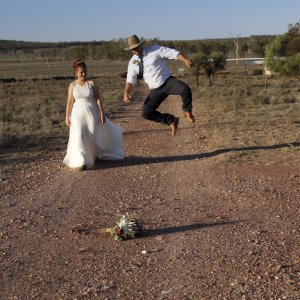 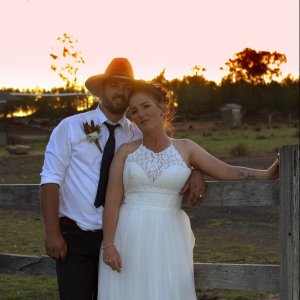 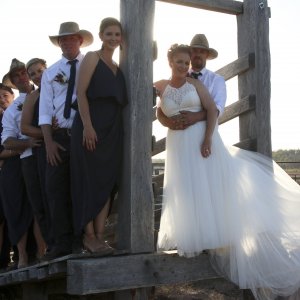 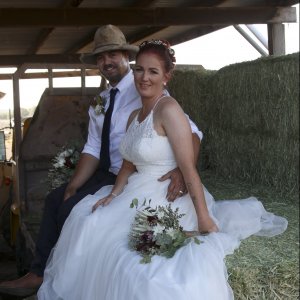 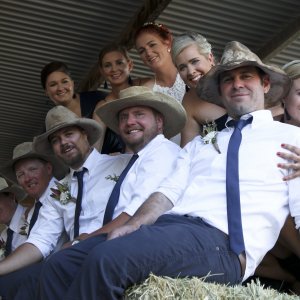 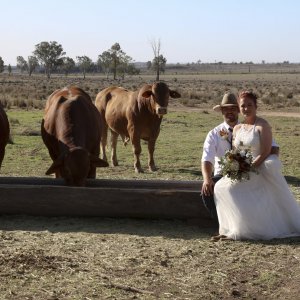