From farmer to whole foods nut, Rob Pollock is a man who is passionate about zero waste, health and making sustainable changes to modern day life.

The man behind The Source Toowoomba, West End and now Lutwyche, Rob Pollock has far more to do with whole and health foods than you would expect. Being a seasonal harvester with a history of having his own farm and being a livestock agent, it is not just delicious snacks with a conscious ethos, but rather a way of life and many years of firsthand knowledge that drew this man to the nationwide wholefoods franchise, The Source.

After deciding to pull up stumps at his Liverpool Planes farm, it was onto Toowoomba for a change of lifestyle for Pollock and his family. Unsure of what to do next, it was a trip to the Maroochydore store that confirmed for Pollock that his wife’s passion for wholefoods and his passion for a waste free life, would see their first step into the retail world. Toowoomba was screaming out for the bulk food retailer, he says. With the original store sprouting from its small town community roots in Mullumbimby, Pollock explains that the community in Toowoomba has taken to The Source superbly, with the store now being a destination for local shoppers.

“Toowoomba’s really embraced it, from a whole foods perspective, but also a waste free perspective,” says Pollock. Pleased to still have the same staff as the day they opened two years ago, Pollock believes that he has a lot to thank them for in helping create a supportive community of customers. With the re-emergence of the wholefood movement, Pollock says that even he was surprised at how many people have taken to the waste free aspect of their ethos. “We have even had an elderly woman come into the shop and say that this was the way they used to do it, before we went and put everything in plastic,” says Pollock. With jars, bags and metal tins, Pollock himself lives and breathes the ethos with his family but notes that it is not just a change you can make overnight, but rather a change of lifestyle over some time.

Pollock is quick to admit that he is simply one part of The Source equation with his wife, Lisa, being the one who manages day-to-day operations at both the Toowoomba and West End stores and now Lutwyche. “When we’ve got our set areas, we find that we work really well together,” says Rob. When they were farming, Lisa would run the sheep and he would look after cattle and crops. Rob talks passionately about how The Source can be a change in lifestyle, from meal planning to keeping your pantry stocked, rather than a destination for healthy snacks and niche products. “We’re not a health food shop, we’re a food shop.”

Above all, Pollock believes it is the communities surrounding his stores that bring the biggest joy.  For him, The Source “has become it’s own community”.

Readers also enjoyed our story on Facets at Fairholme 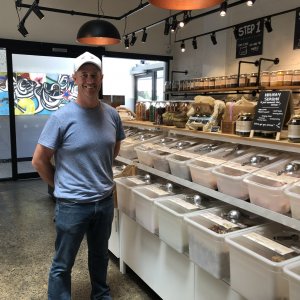 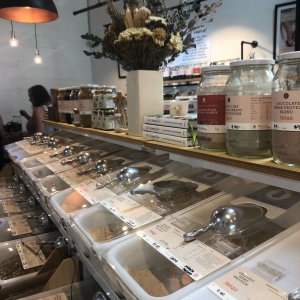 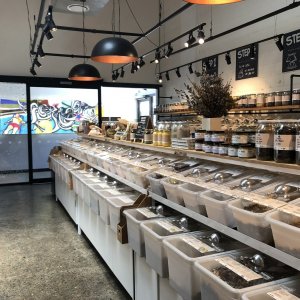 Words and images by Tess Allan