Published on January 25, 2018 | in Arts/Culture
Budding Toowoomba singers are invited to audition for Opera Queensland’s Project G&S on Monday 26 and Tuesday 27 March.

Project G&S is the production of Gilbert & Sullivan’s Ruddigore, or The Witch’s Curse!, an irreverent romp through marriage, madness and mayhem, paving the way for 10 men and 10 women to sing and dance in the community chorus.

Successful Toowoomba singers will take part in an intensive development program over eight weeks of rehearsals, honing their singing, dancing and stagecraft skills with a local chorus master and Assistant Director Sean Andrews.

Chorus members will also form new friendships, meet creative contacts and learn a thing or two about gothic horror, humour and hi-jinks – before taking the stage at the Empire Theatre on Thursday 23 August 2018.

Ruddigore, or The Witch’s Curse!, tells the story of the shy and law-abiding, gentleman farmer Robin Oakapple who is working up the courage to ask the beautiful Rose Maybud to marry him.

But he has a dark secret; he is the heir to a terrible curse befalling all baronets of Ruddigore and has been living in disguise to escape his fate.

When the truth is discovered, Robin is bound to obey the family curse that dictates he must commit a dastardly crime every day – or face a torturous death.

“The past two community projects we toured across Queensland were honestly jaw-dropping experiences,” said Mr Taylor.

“The amount of talent we continue to find through our regional initiatives such as Project G&S is inspiring.

“This year, I have the pleasure of working with Opera Queensland’s star music director Narelle French, who will head the audition process. We urge everyone in Toowoomba who loves to sing to give Project G&S auditions a go. The audition process is a fun, thrilling and surprising journey – you won’t know what will come of it unless you give it a try.”

If you would like to perform in the chorus for a once in a lifetime experience, register online by 5pm on Thursday 8 February. 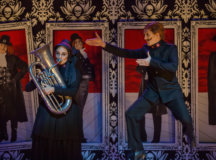 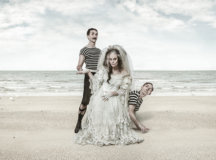 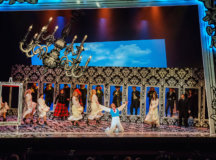